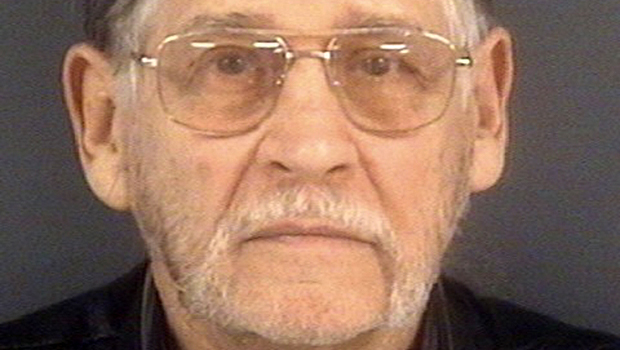 FAYETTEVILLE, N.C. -- Deputies were looking down at coliseum stairs when a man being escorted out of a Donald Trump rally was punched in the face, authorities said Thursday.

A news release from the Cumberland County Sheriff's Office said John Franklin McGraw, of Linden, was charged with assault and disorderly conduct after the rally Wednesday in Fayetteville.

The release said the assault victim was being escorted out of Crown Coliseum after disrupting the rally, and deputies had their eyes on the stairs when the assault happened.

"The deputies who did not see the assault continued up the steps with the victim, who was ultimately escorted from the Coliseum," the news release said.

The suspect was arrested Thursday after investigators reviewed a video posted on social media.

Sheriff Earl Butler condemned the assault and launched an internal investigation into how deputies handled the situation.

"No one should be subjected to such a cowardly, unprovoked act," he said in the news release.

Listings for McGraw rang disconnected. Authorities didn't respond to an email asking if he had an attorney.

After the rally, the syndicated TV program "Inside Edition" reports McGraw said, "He deserved it. The next time we see him, we might have to kill him."

In an email in response to a question about the assault, Trump campaign spokeswoman Hope Hicks said only that "we are not involved."

The man who was punched, Rakeem Jones, told The Associated Press that he and others went to the event as observers, not protesters. He says someone swore at one of their group, and by the time they tried to object, the police were escorting him out.

"It was like, wow, I got hit while the police are escorting me out. ... The police watched me get hit," he said.

He said his right eye is swollen and bruised.

Confrontations between protesters, Trump supporters and police have become standard at Trump rallies across the country. And Trump has incorporated reactions to them into his usual stump speech.

Audiences are usually told ahead of rallies in an announcement not to harm protesters - and instead attract authorities' attention by chanting, "Trump! Trump! Trump!"

At least a dozen people were escorted from Wednesday night's rally.

Also Thursday, a reporter for the conservative-leaning Breitbart website claimed she suffered bruises after allegedly being grabbed by Trump campaign manager Corey Lewandowski at a Trump event Tuesday night. The campaign denied the allegations.