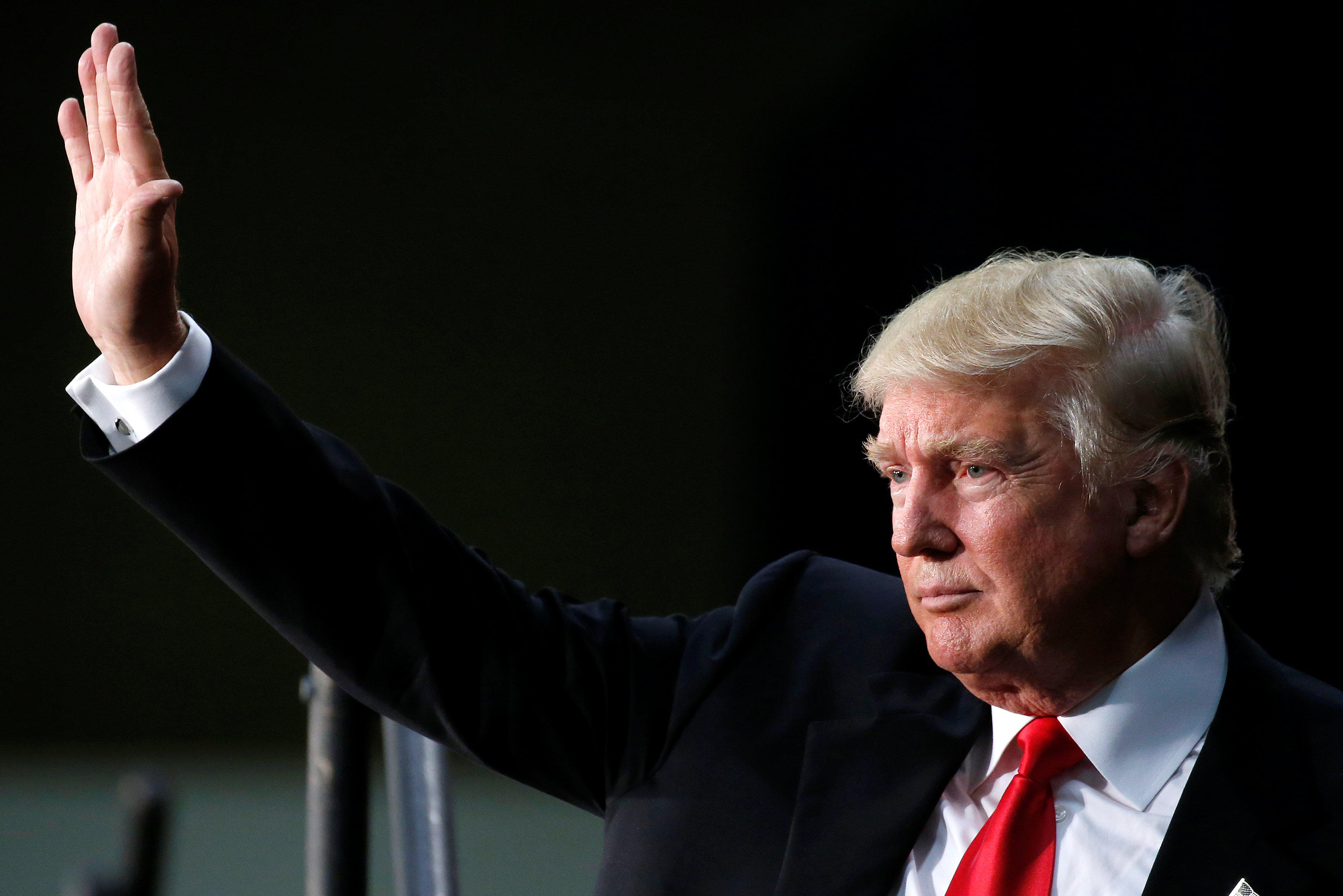 CHARLOTTE, N.C. — GOP nominee Donald Trump, speaking with teleprompters in front of him for the second rally in a row, expressed “regret” for his campaign conduct, just days after another major campaign shake up and his poll numbers continuing to fall.

“Sometimes, in the heat of debate and speaking on a multitude of issues, you don’t choose the right words or you say the wrong thing,” Trump said. “I have done that.”

The crowd in Charlotte, North Carolina, gave him applause and then Trump continued.

“And believe it or not, I regret it. And I do regret it, particularly where it may have caused personal pain. Too much is at stake for us to be consumed with these issues. But one thing I can promise you is this: I will always tell you the truth.”

Trump did not say which specific controversial comments he regrets or give an apology. He did, however, say that he can be “too honest.”

“So while sometimes I can be too honest, Hillary Clinton is the exact opposite: she never tells the truth,” Trump said.

The startling comments might raise some eyebrows. It was just three days ago that Trump told CBS affiliate WKBT in Wisconsin, “I don’t want to change… I don’t want to pivot.  I mean, you have to be you. If you start pivoting, you’re not being honest with people.”

In May, Trump was asked by Don Imus if he regretted his comments about Sen. John McCain (R – AZ) last year in which he said that that McCain wasn’t a war hero because he was captured.

Two months later, Trump was asked by WAVY-TV if he would like to apologize to McCain.

Trump said, “No, I’ve said it.  And you know, I was disappointed with John because I think much more work should’ve been done for our veterans.”

A couple weeks later, Trump was asked by WJLA-TV if he regretted going after the Khan family, the parents of a slain Muslim United States soldier who died in Iraq in 2004.

Last November, after it appeared that Trump mocked a disabled New York Times reporter, he issued a statement accusing the reporter of “grandstand[ing]” and demanded his own apology.

Repeatedly in rallies throughout the campaign cycle, Trump has expressed unwillingness to change – saying that his approach won him the Republican nomination and has not apologized for any of his controversial statements, claiming to be in the right in all of them.

Before the rally, Trump’s security staff ejected two people for unknown reasons who didn’t appear to be doing anything disruptive. Both had darker skin. One was a Muslim woman wearing a headscarf, Rose Hamid. The other was an 18-year-old, Jake Anantha.

Hamid was ejected from a rally in Rock Hill, South Carolina in January when she silently protested Trump by standing up during his speech. She came to this rally and was seen handing out flowers and conversing with Trump supporters. None of the conversations appeared to be hostile. Hamid told CBS News that she came to the rally to “try to build bridges” with Trump’s base and that Trump’s supporters asked “great questions.”

She said that Eddie Deck, one of Trump’s security guards, approached her and called her a “consistent troublemaker” – an assertion she called “a lie” and that she had only been to the previous Rock Hill rally.

The ejection of Anantha was even more curious. Anantha repeatedly said he was a fervent Trump supporter and had never attended a political rally before. He wore multiple pro-Trump t-shirts. He even gave his reasons to CBS News for supporting Trump.

“I think things like Radical Islam is a large threat to our country,” Anantha said. “I think, like, right over there, we have a Black Lives Matter protest, I disagree with Black Lives Matter. I don’t think they follow the statistics and I think that Donald Trump is going to make America great again.”

Anantha described his incident, saying that he was waiting for the rally to start in the front row, when Deck approached him and accused of him disrupting past rallies.

“I’m a huge Trump supporter,” Anantha said. “I would never protest against Trump. And he basically was like, ‘Stop playing with me, I know who you are.’”

Asked why he thought he was thrown out, Anantha said, “I do think it’s because I’m brown. There’s no denying that.” He went on to say that multiple people in the crowd pointed him out to Trump campaign staffers.

Asked if he would rethink his support for Trump, Anantha said, “It makes me kind of think about maybe not supporting Trump himself. It does not make me want to switch to the Democrats’ side because I just — I couldn’t do that. I’m a Republican for life —at least for the time being.”

The Trump campaign and Charlotte police did not respond to a request for comment.