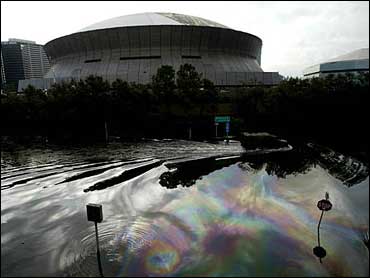 Texas is opening its doors to hurricane refugees from neighboring Louisiana.

Texas Governor Rick Perry says he expects evacuees to start arriving within the next 24 hours at the Houston Astrodome. He says Louisiana Governor Kathleen Blanco asked him this morning if the Astrodome could house the 23,000 people currently being sheltered at the Superdome in Louisiana, and he quickly agreed.

He says even before the request, Texas officials had been talking about using the Astrodome as a long-term shelter for people already stranded in Texas because of the storm.

Perry says the hurricane survivors are welcome in Texas for "as long as they want to stay." Children who are sheltered at the Astrodome will be able to attend public schools in Houston. Perry says the Astrodome schedule has been cleared through December.

The Federal Emergency Management Agency is arranging for hundreds of buses to carry the evacuees from New Orleans to Houston.

Blanco said she wanted the Superdome, which had become a shelter of last resort, evacuated within two days, along with other gathering points for storm refugees. The situation inside the dank and sweltering Superdome was becoming desperate: The water was rising, the air conditioning was out, toilets were broken, and tempers were rising.