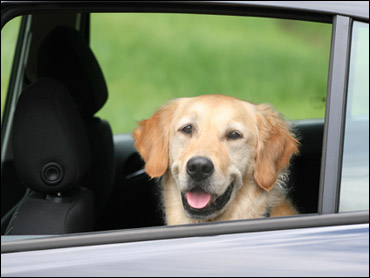 You might not give much thought to dog skin cancer, because your loyal companion is covered with hair and protected from the sun. But you should know that skin tumors, which may be cancerous, are the most common tumors found in dogs. Fortunately, when caught early, many cases of dog skin cancer can be treated successfully.

Not all varieties of dog skin cancer are caused by sun exposure, but sun damage to the skin can be a causative factor. All dogs have certain areas, such as the nose and the pads of the feet, where there is no hair to shield sensitive skin from the sun. Additionally, pooches with light-colored or thin coats are more susceptible to sun damage over their entire bodies.

Because some types of dog skin cancer, including dog melanomas and mast cell tumors, are fatal if untreated, it is important that you have your veterinarian check any suspicious growths.

Types of Skin Cancer in Dogs
There are different types of dog skin cancers. Three of the most common include:

• Malignant melanoma: Just as in people, malignant melanoma is a type of skin cancer in dogs that affects pigmented cells known as melanocytes. Dogs often develop benign tumors in pigmented cells that do not metastasize, which are called melanocytomas. These tumors are found on areas of the dog's body that have hair. Most malignant melanomas occur on the mouth or mucous membranes, although about 10 percent of the time they are found on parts of the body covered with hair. They tend to grow extremely fast and are likely to spread to other organs, including the lungs and liver.

No one knows exactly why melanomas develop, although genetic factors seem to
play a role. Additionally, trauma or compulsive licking of a particular spot on the skin may increase the likelihood that cells will multiply, thereby raising the chances that cells will mutate during the division process and become
cancerous.

• Squamous cell carcinoma: This form of dog skin cancer, which occurs in the epidermis, is often caused by exposure to the sun. Scientists believe there may also be a connection between the papilloma virus and the development of squamous cell tumors in certain dogs.

Although squamous cell cancers do not spread to surrounding lymph nodes, they are aggressive and may lead to destruction of much of the tissue around the tumor.

• Mast cell tumors: These dog skin cancers, which occur in the mast cells of the immune system, are the most common skin tumors in canines. Veterinarians don't know what causes mast cell tumors to develop, although there have been cases where they have been linked to inflammation or irritants on the skin. Evidence suggests genetic factors are often important, and the hormones estrogen and progesterone may also affect cancer growth.

Dog Skin Cancer: Which Breeds Are at Risk?
All dogs can get skin cancer, but certain types of cancer more commonly occur in particular breeds.

Benign melanocytomas are often seen in Vislas, Miniature Schnauzers, Doberman Pinschers, Airedale Terriers, and Bay Retrievers, typically in animals between 5 and 11 years old. Malignant melanomas on the toe or in the toenail bed appear more frequently in black dogs.

Squamous cell carcinomas tend to appear in dogs that are between six and 10-years-old. Breeds that are more likely to get this type of skin cancer include Keeshonds, Standard Schnauzers, Basset Hounds, Collies, Dalmatians, Bull Terriers, and Beagles. In general, dogs with short coats (especially those with light skin) are more prone to squamous cell carcinomas.

Mast cell tumors are most commonly seen in Boxers, and are also found with some frequency in Boston Terriers, Labrador Retrievers, Beagles, and Schnauzers.

Signs and Symptoms: How to Spot Skin Cancer in Dogs
Dog skin cancer symptoms depend on the type of cancer and where the tumor is located on your dog's body.

• Melanomas: Benign melanocytomas may range in size from very small to more than 2.5 inches in diameter. They appear on areas of the skin covered with hair and may be black, brown, gray, or red in color. Malignant dog melanomas tend to occur in the mouth, on the lips, and in the toenail beds, and pads of the feet. When dog melanomas occur in the feet, they often become infected, leading to misdiagnosis as a simple infection.

• Squamous cell carcinomas: These tumors are firm and raised with a wart-like appearance. They often occur on the abdomen and around the genitals. When they occur on the feet, they may be painful and cause your dog to limp.

• Mast cell tumors: These skin cancers in dogs are typically slow-growing and rubber-like. More aggressive mast cell tumors grow faster and may ulcerate, leading to the development of sore, inflamed areas on the dog's body. Mast cell tumors most commonly occur on the trunk of the body, though they are found on the legs about 25 percent of the time.

Treatment Options for Dog Skin Cancer
The treatment depends on the type of tumor and its location. Surgery is often the first step for malignant melanomas. If the melanoma cannot be removed in its entirety or if it has spread to nearby lymph nodes, radiation is commonly used. In these situations, the cancer may go into remission nearly 70 percent of the time, though recurrence is common. Chemotherapy is often used in combination with surgery and/or radiation therapy. There is also a vaccine that causes the dog's own immune system to attack tumor cells, which often successfully extends the survival time of dogs with oral melanoma.

Squamous cell carcinomas can often be removed surgically, with no need for radiation or chemotherapy. If the tumors occur in inoperable locations, photodynamic therapy and the use of a drug called piroxicam may be beneficial.

Dog mast cell tumors are best treated by surgical removal with or without radiation therapy, depending on the size and location of the skin cancer. Based on the grade of the cancer and the degree to which it has spread, chemotherapy and/or steroids may be used as well.
By Hilary Parker
Reviewed by Elizabeth Martinez
©2009 WebMD, LLC. All rights reserved