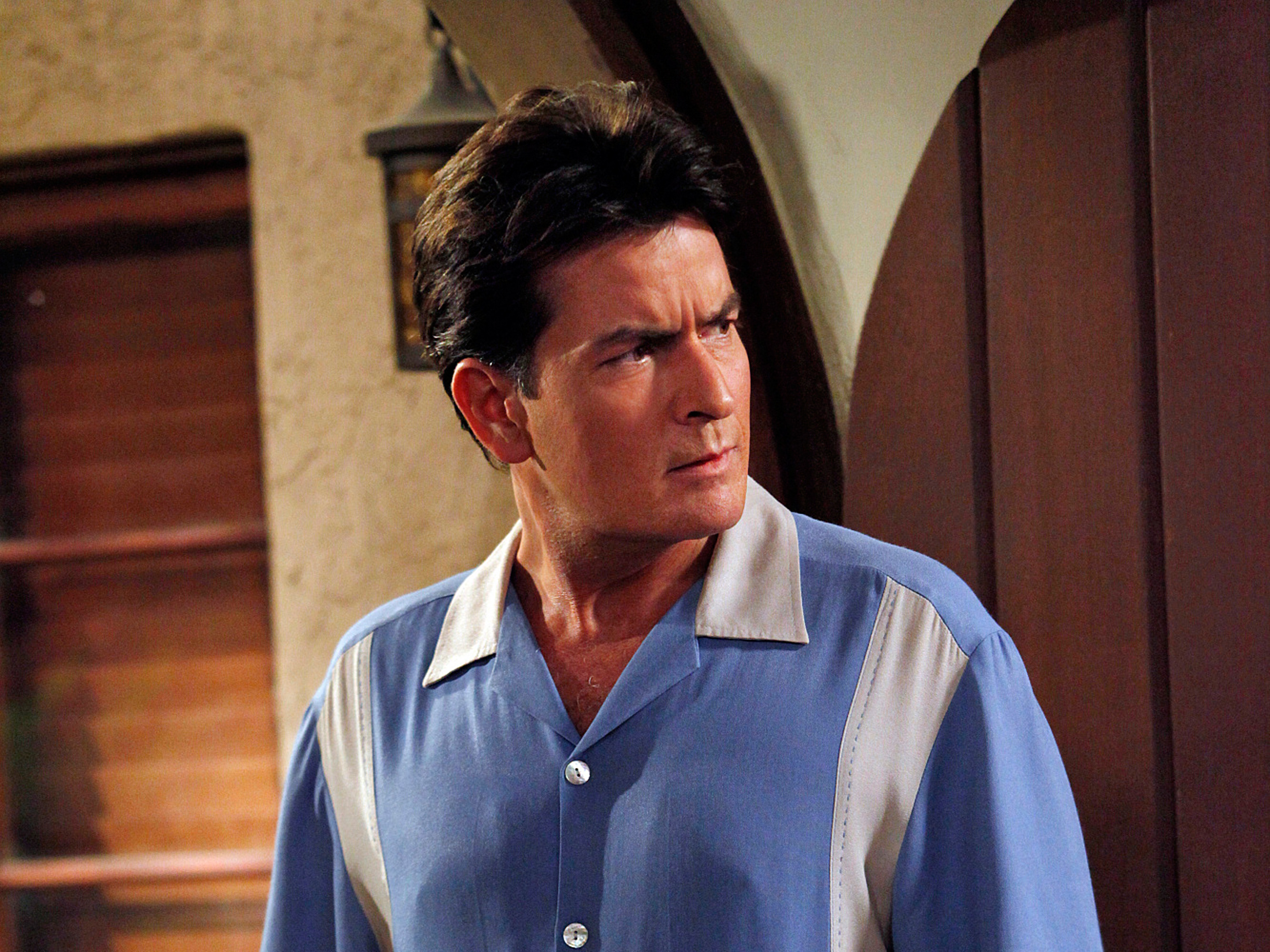 LOS ANGELES - Consider two parallel universes: Charlie Sheen is destined to hit rock bottom after being fired from the best job he'll ever have; Charlie Sheen has been freed to blaze a new path to dazzling fame and riches.

Speculation about the dueling scenarios swelled after Warner Bros. Television said Monday that Sheen's services on "Two and a Half Men" had been terminated, effective immediately, following "careful consideration."

The studio said it's yet to decide the fate of TV's top-rated comedy which, under protest from Sheen, halted production for the season to allow the hard-partying actor to seek treatment for admitted drug use.

During his bitter tug-of-war with the studio, attention focused on whether he was on the verge of killing his career. Imperiling a hit show and a job that paid a reported $1.8 million an episode - or earning him north of $43 million a year - must be Sheen's undoing, observers said.

Not so fast, say others. "At this point, all bets are off regarding where his career goes from here," said Paul Levinson, a Fordham University media professor. "Although nothing is certain where fame and celebrity are concerned, Sheen's ubiquity in the past few weeks suggest that he could indeed go on to become a bigger superstar than (the sitcom) could ever had made him."

Opportunity already may have come knocking. Sheen, 45, met with executives at Live Nation Entertainment on Monday and is considering a series of stage shows, celebrity website RadarOnline said. Calls and e-mails to the concert promotion company weren't returned Monday.

The road beckoned another performer who clashed publicly with his employer: Conan O'Brien went on a nationwide concert tour after exiting NBC's "Tonight" over network plans to move the show.

Sheen also intends to sell a line of merchandise, including T-shirts, hats and mugs, emblazoned with his catch phrases, the website said. It's aimed at displacing what he called the "posers and bootleggers" making money off "Winning," "Adonis DNA" and his other memorable utterances, RadarOnline reported.

Before Sheen's firing, billionaire Mark Cuban said he'd contacted him about collaborating on a project that Cuban called a unique opportunity but declined to detail. It would let the actor "be himself and have some fun," Cuban, who owns the HDNet cable network, told ESPN.

As comedian Norm MacDonald tweeted before Sheen was kicked off "Men": "I pray that someone can help (at sign)CharlieSheen before he becomes even more successful, richer and happier."

In texts to The Associated Press after Warner's decision, Sheen dismissed his bosses with the F-word, saying "they lose" and calling them "trolls." Asked if he planned to sue, Sheen texted back: "Big." As for his next move, Sheen texted, "A big one."

A call to his attorney, Marty Singer, for comment was not returned Monday. CBS declined to comment.

The firing capped a rarely open, raging battle between a Hollywood star and those who employ him, with Sheen claiming the right to live as he pleased - including the acknowledged use of illegal drugs, although he's said he is currently clean - as long as he showed up sober and ready to work.

"Two and a Half Men," which debuted in 2003, stars Sheen as womanizing bachelor Charlie Harper, who creates an ad hoc family with his neurotic brother, the divorced Alan (Jon Cryer) and Alan's son, Jake (Angus T. Jones).

Sheen's life has long been rocky but - either despite of that or because of it - viewers embraced him.

The show was co-created by veteran producer Chuck Lorre, who contributes two other comedies to the top-rated CBS lineup, "The Big Bang Theory" and "Mike & Molly." Like "Men," both are produced with Warner.

Sheen focused many of his attacks on Lorre, and in the end the studio "went with the hit-maker," said media industry analyst Shari Anne Brill.

The immediate question for Warner and CBS is whether to keep the show alive by bringing in a new cast member to join Cryer and Jones - the one-and-a-half men left.

"They didn't say the show was canceled. They said he was canceled," said Brill. "So the door is still open for another season."

Shows have replaced stars before and survived. When Valerie Harper left "Valerie" after the 1986-87 season in a dispute with producers, the show was renamed "The Hogan Family," Sandy Duncan was brought in to play a new character and the sitcom continued until 1991.

Drew Carey, who starred in and co-created "The Drew Carey Show," was asked about the possibility before Sheen's firing.

"All you have to do is bring in someone you can plug into a Charlie Sheen-like character and deliver those kinds of lines. There are 100 actors who could do it," said Carey, host of "The Price Is Right."

Carey said he wasn't dismissing Sheen's comedic talent and acknowledged that ratings might suffer if viewers are reluctant to accept a new actor in a new role. Holland Taylor, who plays Sheen's mother, called him "the brand of the show" in an interview last summer.

The studio could save money by paying the substitute far less than Sheen's salary and extend the life of the lucrative series by another season or two.

Warner and CBS had long faced a balancing act with Sheen as he underwent rehab and two ugly splits from wives No. 2 (Denise Richards) and No. 3 (Brooke Mueller Sheen). On one side was the wayward star, on the other was TV's most successful and highly lucrative sitcom, anchoring Monday for CBS and making hundreds of millions of dollars for Warner.

Last month, Warner canceled the remaining eight episodes of what was intended to be a 24-episode season of "Men," citing Sheen's public behavior and rants against Lorre.

In a series of interviews, including with ABC's "Good Morning America" and NBC's "Today" show, Sheen boasted about his "epic" partying, said he's fueled by "violent hatred" of his bosses and called his home "Sober Valley Lodge."

There was public fascination with the gloves-off battle. When Sheen added Twitter to the arsenal, he gained 1 million followers in just 25 hours, leading Guinness World Records to establish a new category and crown him the champion. He now has well over 2 million followers.

But Sheen's professional conflict devolved into a custody battle over his 23-month-old twin sons with estranged wife Mueller Sheen. She used his public remarks, as well as conduct she claimed was threatening and violent, to seek a court order removing the children from his home last week.

When Moonves discussed controlling series' costs by making "adjustments," such as "let's say, not renewing some high-priced actors," Mitchelson asked if Moonves had ever successfully replaced a show's lead actor before. Moonves remained silent, and the analyst apologized and said he'd promised "no Charlie Sheen questions."

The market had closed before the statement about Sheen's firing was released by Warner.