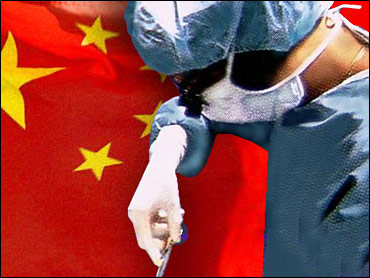 A 1-year-old girl who was born with three legs and abandoned by her parents on a Beijing street is to undergo surgery to remove the extra limb, state media and a doctor said Thursday.

Doctors at Dongzhimen Hospital in the Chinese capital plan to study the limb for 20 days before operating, a doctor in the hospital's orthopedics department told The Associated Press.

"The operation will be as difficult as separating Siamese twins," said the doctor, who would only give his surname, Qu.

The girl was found in March by Beijing police and turned over to welfare authorities, the newspaper Beijing Times said. It said the hospital is treating her for free.

The third leg is growing out of the girl's back and had started to deform her lower body, Qu said.

"The leg has a nerve in it connecting it to the spine," he said. "This makes separating the leg very difficult."

According to the March of Dimes, in the United States birth defects involving the muscular or skeletal system occur in one of every 130 births.