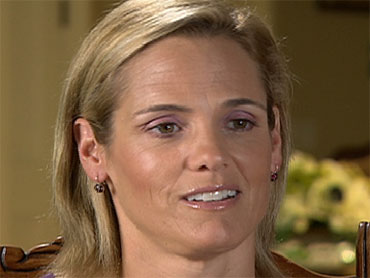 Jurors studiously watched the unfocused images of a man grabbing Carlie Brucia in a parking lot on the first day of the trial of a suspect accused of raping and strangling the 11-year-old girl.

But prosecutors said Monday that they had more physical evidence than the dramatic images showing a man taking Carlie's arm and walking her out of view of the camera posted outside a Sarasota car wash.

Defendant Joseph Smith's DNA was found on Carlie's shirt, and fiber from her clothes was found in a car he used, prosecutors said.

"Carlie's body will tell you the rest of the story," prosecutor Debra Riva told the jury. She said marks on her wrists suggested they had been restrained, and that Smith had strangled the girl from behind.

But the defense contended the evidence is inconclusive and other suspects weren't properly checked out following the slaying, which attracted wide attention after the images were shown around the world.

"Please keep an open mind and approach the evidence with a certain degree of skepticism," defense attorney Adam Tebrugge urged the jurors.

Investigators got the names of numerous suspects after the camera images were shown, including that of a man who lived at the friend's house where Carlie had spent the previous night. But, Tebrugge said, Smith became their primary suspect almost immediately.

"Once the (Sarasota County) Sheriff's Office and the FBI decided that Joe was the person, none of these other leads was investigated," he said.

Tebrugge also raised questions about DNA evidence, citing past cases in which he said "maverick" FBI lab employees had made false reports.

Smith, a 39-year-old former auto mechanic and father of three daughters, was charged with first-degree murder, kidnapping and capital sexual battery. He has pleaded not guilty. He could be sentenced to death if he is convicted in the slaying.

Riva said they learned of the security-camera images as they retraced the route Carlie would have taken home from a friend's house on Feb. 1, 2004, Super Bowl Sunday. Her stepfather, Steve Kansler, testified that it was unusual for the girl not to come home since "Carlie was a responsible person."

Carlie's body was found four nights after her disappearance on the grounds of a nearby church after Smith told relatives where to find it, Riva said. From jail, Smith had called his brother on a cell phone, and his brother led detectives to the scene.

Court TV's Savannah Guthrie, who is covering the trial, calls this one of the strongest prosecution cases she has ever seen.

"Not only do you have the videotaped abduction, the alleged confession of Joseph Smith to his mother and brother, leading them to the body, telling them details of the crime," she

told
The Early Show co-anchor Rene Syler Tuesday, "but now, for the first time, we've learned there is DNA in this case, that Joseph Smith left a calling card on Carlie Brucia. That may be ultimately what leads to his down fall.

"I was sitting in the front row right behind Joseph Brucia, her father, and there were moments when I could just hear him sigh heavily, obviously trying to hold in his emotions. But can you imagine sitting there and hearing that about your own child?

"There were other family members there, but I noticed that her mother was not there. And I think it was just too difficult for her. I had read that she just wasn't sure she could handle it. And after sitting there yesterday, I can certainly understand why."