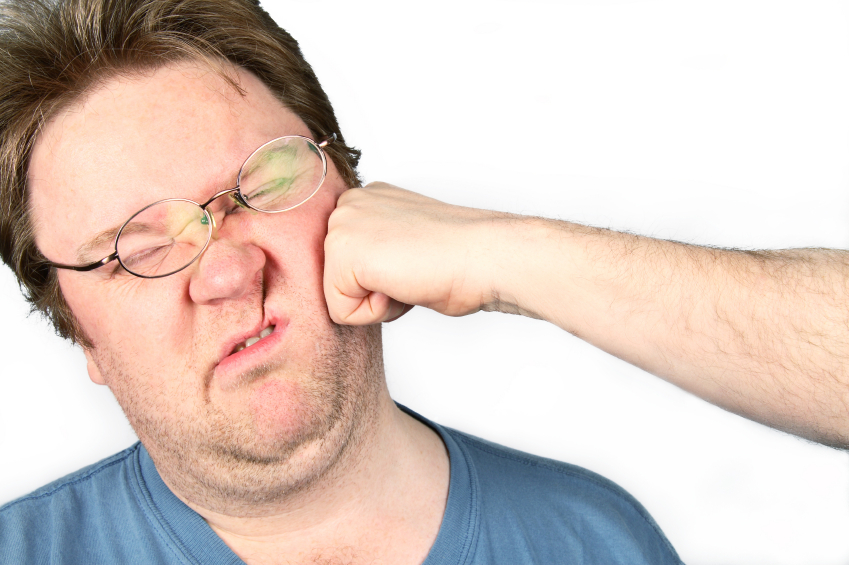 New research suggests that the human face evolved to minimize injuries from punches during fights between males.

The study noted the evolution of human faces occurred as man's ancestors, known as australopiths, evolved to have hand proportions that allowed them to form a fist.

"The australopiths were characterized by a suite of traits that may have improved fighting ability, including hand proportions that allow formation of a fist, effectively turning the delicate musculoskeletal system of the hand into a club effective for striking," study author David Carrier, a biologist at the University of Utah, said in a university news release.

"If indeed the evolution of our hand proportions were associated with selection for fighting behavior you might expect the primary target, the face, to have undergone evolution to better protect it from injury when punched," he noted.

The researchers said their findings offer more insight into how and why humans evolved from their predecessors who lived about 4 million to 5 million years ago. The findings also shed light on whether or not humans' distant past was violent, they added.

"What our research has been showing is that many of the anatomical characters of great apes and our ancestors, the early hominins (such as bipedal posture, the proportions of our hands and the shape of our faces) do, in fact, improve fighting performance," Carrier said.

The study, published June 9 in the journal Biological Reviews, showed the bones that break most often during fights are in the same parts of the skull that show the greatest difference between males and females in both australopiths and humans.

"In other words, male and female faces are different because the parts of the skull that break in fights are bigger in males," said Carrier. "Importantly, these facial features appear in the fossil record at approximately the same time that our ancestors evolved hand proportions that allow the formation of a fist," he explained.

"Together, these observations suggest that many of the facial features that characterize early hominins may have evolved to protect the face from injury during fighting with fists," Carrier added.