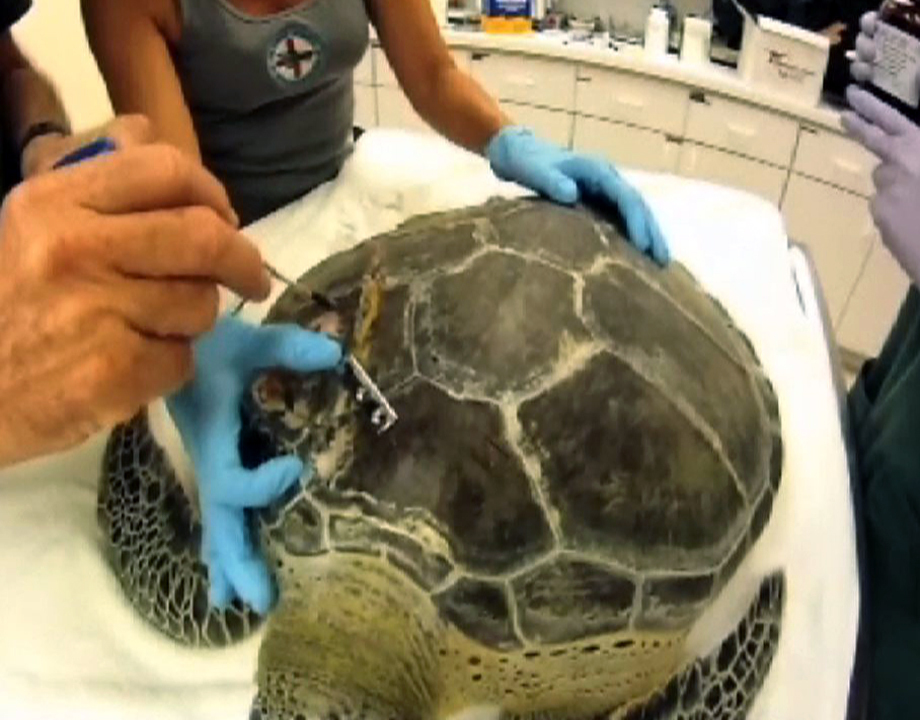 "She seems to be settled in nicely and recovering," said staff member Sherry Johnson. "The glue is holding her shell in place and it's started to knit the scar tissue."

Elena arrived at the Turtle Hospital in Marathon, Fla. last month. A juvenile turtle, she had rope tangled around her flipper and injuries from a collision with a boat. She remained in critical condition for several weeks, unable to swim or dive below the surface for nearly a month.

"The people from the Turtle Hospital were using an orthopedic splint, something that might splint bones, and needed it to adhere to the shell," Dr. Fred Troxel, the dentist who had the idea to use the denture glue, explained to the Florida Keys News Service.

He used the denture glue to secure two steel plates to her shell. The steel plates are holding the shell together tightly enough for the crack to heal.

"Modern dentistry is about bonding restorative materials to teeth, which are organic substances," he said. "In this case, we're bonding something that's a mechanical device to an organic substance, which is the turtle shell, so I used some of our denture repair resin."

Founded in 1986, the Turtle Hospital is a non-profit center that rescues and rehabilitates injured sea turtles. The goal is to release the turtles back to the ocean.

Johnson estimates that the healing process will go on for at least three months, due to the severity of Elena's wounds.