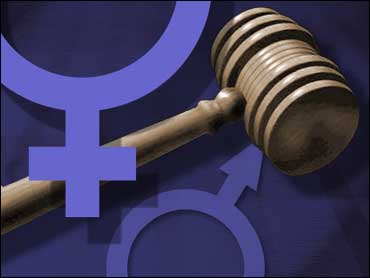 [To find out what weapons U.S. defense contractors build, and at what cost, see our weapons manufacturers' chart.]

Experts caution that any market euphoria for specific companies that might erupt from the first few hours or days of a bombing campaign against Saddam Hussein is likely to be short-lived. "This is not a great investing opportunity," said Joseph F. Campbell of Lehman Bros.

Campbell said a small run-up in defense stocks can be expected because a shooting war "reminds people that we have a defense budget, an Army, a Navy, and an Air Force."

"People will focus on it," Campbell said. "On the other hand, wars make markets nervous."

"If anything, it hurts defense stocks," said David Ainsworth, aerospace and defense analyst for Merrill Lynch. "The defense budget is pretty tight and they'll just take it out of discretionary funds. Procurement is discretionary."

"The campaign will probably demonstrate what investors already know -- namely that U.S. equipment works," said Merrill's Bryon K. Callan in a bulletin faxed to clients on Tuesday. Callan said defense stocks have always done best following wars that highlight flaws in technology and strategy, but the possibilities for "lessons learned" is unlikely in this war.

Defense stocks did well following the 1991 Gulf War. But this time, fundamentals are different. For one thing, stock prices aren't depressed now. Warranted or not, defense suppliers also benefited in 1991 from the media's portrayal of a nearly flawless performance by the U.S. military and its equipment.

Another difference between 1991 and today: This war is likely to be shorter even if it isn't sweeter. A brief air campaign wouldn't increase the pressure on Congress to increase the defense budget. Congress may consider a supplemental appropriation to pay for the Gulf War II, but that won't boost the baseline defense budget, Ainsworth said.

Retired Army Col. Dan Smith, associate director of the Center for Defense Information, estimated an air campaign in Iraq lasting a few weeks could cost several hundred million dollars, compared to the $65 billion price tag for the 1991 war. "Not until the dust settles will we know the final numbers," Smith said.

One major unknown in the cost of the coming war will be the use of the Air Force's most expensive planes, the B-1 and the B-2, said Smith. Three B-1s are in the region and there's speculation that the B-2s will be used.

The failure of any of these expensive weapons would hurt chances in Congress to obtain funding for more planes. On the other hand, the success of the $2 billion B-2 could increase the pressure on Capitol Hill to build more than te 20 now authorized. Since the defense budget is fixed, more funds for B-2s could mean less for other weapons.

The air war could strain relations with many of the defense establishment's best overseas customers, like Turkey and Saudi Arabia. That could hurt long-term growth prospects for U.S. companies, Callan said.

By Rex Nutting 169;1998 MarketWatch.com, L.L.C. All rights reserved. Republication or redistribution of Reuters content, including by framing or similar means, is expressly prohibited without the prio