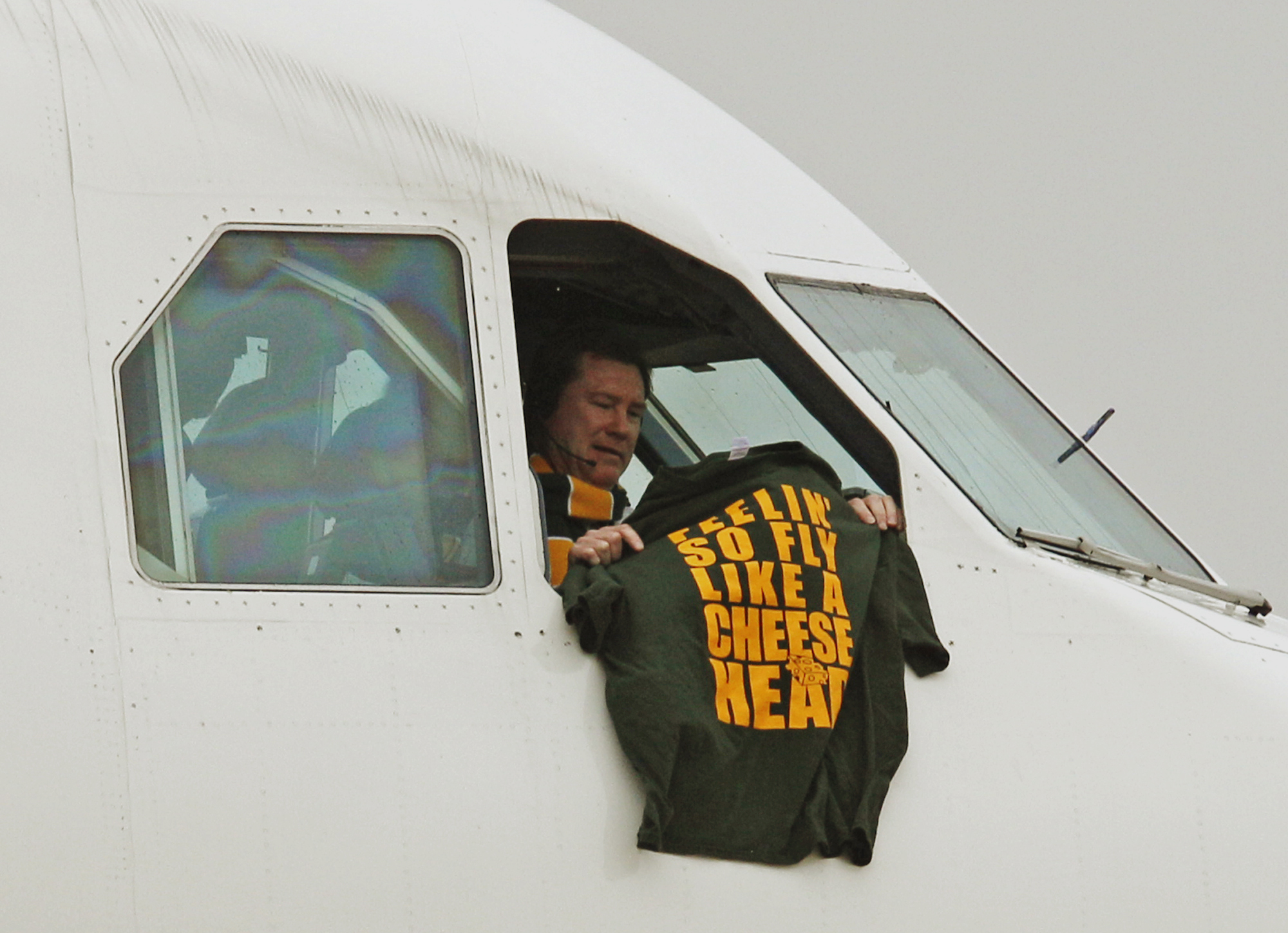 FORT WORTH, Texas - Super Bowl week is too cold so far for "The Freezer."

B.J. Raji, the 337-pound nose tackle for the Packers who's drawn comparisons to former Bears standout William "The Fridge" Perry, made that clear Tuesday at media day.

While the rest of the Dallas area slipped and slid through a miserable morning of ice, bone-chilling winds and light snow, the NFL stuck to its Super Bowl schedule. League spokesman Greg Aiello sent out a Twitter message saying media activities at Cowboys Stadium in suburban Arlington would go on as planned -- and they did, with the roof thankfully closed high above the Packers, Pittsburgh Steelers and hundreds of reporters in town for Sunday's game.

"The show goes on," Aiello wrote. "Media day is on schedule. Drive carefully."

The news was a little more tenuous for travelers: Dallas-Fort Worth International Airport was closed for about an hour due to the storm, and primary tenant American Airlines canceled 800 flights -- about half its daily service.

The wintry blast of ice, blustery winds and plummeting temperatures also closed schools and snarled traffic. Walkways outside Cowboys Stadium in Arlington were a sheet of ice and a temporary building set up on the grounds had a hole in it, curtains flapping in the stiff wind.

The Packers might even practice indoors this week if the weather doesn't improve -- just like they do at home.

"It's a little too cold for me," linebacker Clay Matthews said. "Texas is supposed to be hot and humid. I was looking forward to that. I am a California guy."

Then again, receiver Greg Jennings said it felt like home.

"We're in Green Bay right now," he said. "We're the home team and we're at home with this weather."

The storm was expected to dump more than a foot of snow on parts of the Midwest, and it covered roads all over North Texas with layers of freezing rain.Super Bowl in the Snow? The commuting crowd was much lighter, though, because schools were closed and many people simply stayed home.

The Super Bowl next year is slated for Indianapolis and the year after in the open-air New Meadowlands Stadium in New Jersey, raising the possibility of more chilly stories in the week before the game.

Michael Morris, director of transportation for the North Central Texas Council of Governments, said sand trucks gave the "bad storm" everything they had to keep roads clear.

"We'll see what the NFL thinks of our response," he said. "I don't think the question is we will never have a Super Bowl again in a town that has had weather or the potential for bad weather because I think they want to showcase the investment they've made in their stadiums. I think the judgment will be how was our response. And I'm proud of our response."

The National Weather Service says freezing temperatures will stick around at least through Thursday. There's a chance of light snow as late as Friday.

The forecast for Sunday is much better -- highs in the 50s -- but Packers quarterback Aaron Rodgers didn't want to take any chances. He said he hoped the roof of Cowboys Stadium in Arlington, the billion-dollar showplace of Jerry Jones, would be closed for the game. The NFL decided a long time ago that it will be.

"I'm hoping they put the top on Jerry World, and I think they will," Rodgers said.

The National Weather Service advised Wisconsin travelers bound for Texas to wait until Wednesday evening, with up to 20 inches of snow forecast for the Milwaukee area.

Hannah Davis, a model who has been linked to former New York Yankee Derek Jeter is on the cover