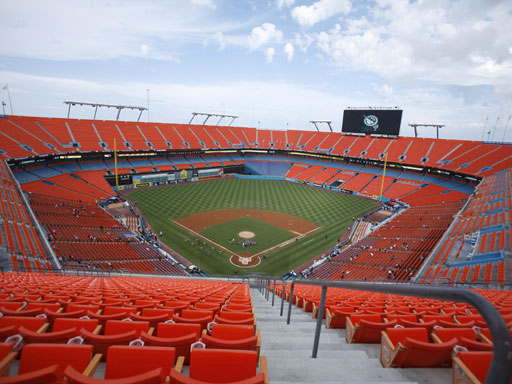 Astronomers studying the fate of the Hubble Space Telescope say it could be refurbished and work for years, or it could be allowed to wear out and delivered back to Earth in a controlled crash.

The Hubble was launched in 1990; the first of a series of orbiting observatories put into space by the National Aeronautics and Space Administration, and is now nearing the end of its expected usefulness. NASA plans to replace it with a more advanced instrument, called the James Webb Space Telescope, at the start of the next decade.

A five-member committee of astronomers said in a report this week that the Hubble could function far into the next decade if astronauts serviced it once or twice. Otherwise, they said, the orbiting telescope should be used until it wears out and then guided to a remote ocean splashdown.

Originally, the space agency planned to extend the life of the Hubble by servicing it with a space shuttle mission in 2005 or 2006. It was expected that mission would allow the telescope to keep working until about 2010.

Those plans could be affected by the grounding of the shuttle fleet after the Columbia accident in February, and by the need, once shuttles are flying, to continue building and servicing the International Space Station. Work on the Hubble requires a single-purpose shuttle flight, and most of the prospective shuttle missions in the near future are tied up with the space station.

Ed Weiler, NASA's associate administrator for space science, earlier this year asked the committee of astronomers, headed by John Bahcall of the Institute for Advanced Study in Princeton, N.J., to make recommendations for the Hubble.

In its report, the committee offered three options:

Two Hubble servicing missions, one in 2005 and one in 2010, "to maximize the scientific productivity" of the telescope. The second servicing mission, the committee said, "would only occur if the (Hubble) science was successful in a peer-reviewed competition with other new space astrophysics proposals."

A single servicing mission in 2006 to replace gyros on the Hubble and to install improved instruments. On the same mission, astronauts would install rockets that could send Hubble smashing into the ocean once the telescope's usefulness ends.

If no shuttle servicing missions are possible, the committee said that a robotic device could be sent to the Hubble to bring it down in a controlled way once it is of no value to science.

The options ignored suggestions that the space shuttle retrieve the Hubble and bring it back to Earth as a museum exhibit. Instead, the committee suggested the spent telescope be dumped in an ocean using a safe and controlled re-entry.

In a statement, Weiler thanked the astronomers for their recommendations. "We have a big job to do to study the panel's findings and consider our options, and we will respond as soon as we have time to evaluate their report," he said.

Hubble had a troubled beginning, but in the last decade has helped to revolutionize the basic understanding of the universe.

Hubble has played a role in determining the approximate size and age of the universe and has helped discover that the universe is expanding at an increasing speed.

The $1 billion telescope was put into orbit by space shuttle Discovery on April 25, 1990. Within two months, astronomers found that the telescope mirror was ground to the wrong prescription and the orbiting instrument was, in effect, nearsighted.

Astronauts, in a complex spacewalk, fixed the problem with corrective optics in 1993 during the first of four servicing missions to the Hubble. During those missions, new instruments and new gyros have been installed, allowing the telescope to take keener pictures and to maintain its precise pointing ability.

In its lifetime, Hubble has captured almost a half-million images of more than 25,000 astronomy targets, many of which had never before been seen in such detail. Data from the Hubble has been the raw material for more than 2,600 scientific papers.