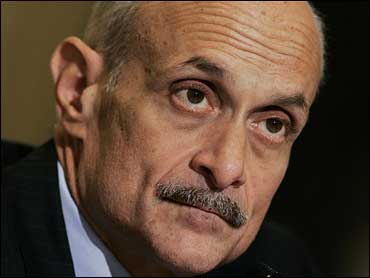 After Day posted a 10-under total at the MCI Classic on Sunday, he went to the tournament lounge and waited to see which major star would end his dream.

"Everybody told me I'd win when I least expected it," said Day, who rolled in a 35-foot birdie putt on the first playoff hole to beat Stewart and Jeff Sluman. "I can assure you, I didn't expect it."

Stewart missed an 18-foot birdie putt to extend the playoff.

Day was so confident his early score wouldn't survive, he told his caddie to collect their extra clubs, "because when somebody got to 11 under, I wanted to leave."

Day even told friends and fellow tour pros Brad Fabel and Larry Rinker that their ride to a Monday pro-am -- Day was driving -- wouldn't be delayed.

But Fabel was urging Day to hurry up in the interview room. That's what happens when you win your first PGA tournament in your sixth season.

"I'd gotten really close a lot last year and pretty much every year I have had a chance at least once (to win) and it hadn't happened," he said. "I got very fortunate."

Day started 10 groups ahead of the leaders in the final round. He shot a 5-under-par 66 and was certain it wasn't enough.

Why should it be? Former U.S. Open champions Stewart, Janzen and Corey Pavin were all on the course and within striking distance.

Sluman and Bob Tway, both with PGA Championship titles, were making runs.

Perry seemingly had the tournament wrapped up with his fifth birdie of the back nine.

But one by one, they fell away.

Pavin, playing his best golf in almost three years, missed a short par putt on No. 16.

Janzen made bogeys on two of the final three holes.

Sluman, who was part of the three-man playoff, couldn't make a birdie after tying Day with hree holes left.

Perry was in the most enviable position after his birdie on 16 moved him back in front at 11 under. But he bounced a ball over the 17th green for one bogey and barely missed a 25-footer for par on 18.

"I'm disappointed because I played really well," said Perry, who shot a 72. "I was in control of my emotions all day long."

Day sat in the lounge, sipping soda and looking more like a golfer expecting a shower than a playoff. But he dusted off his game as Stewart finished his round.

On the playoff hole, Day's drive was long and his approach rolled about 35 feet past the cup. It took him only a few seconds to set up and curl in the putt.

Stewart's putt also looked true. But it stayed just on the outside.

"I was proud of the way I spotted out today," Stewart said. "But how about Glen Day, shooting a 5 under then going out to birdie the first playoff hole?"

Stewart won his second MCI title in 1990 by defeating Larry Mize and Steve Jones. It was Harbour Town's first playoff since Tway took the crown in 1985 over Henke and David Frost.