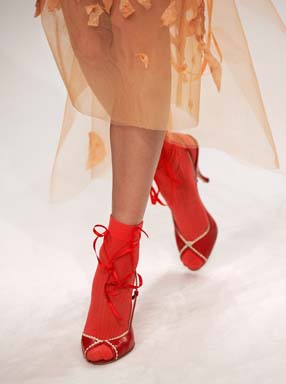 Bob Davie testified Saturday that he questioned Lou Holtz's stability during the 1996 season and speculated to another assistant that the former Notre Dame head coach was having mental problems.

Davie, who was on the stand for the second day in a federal age discrimination suit filed against the university, said there were several incidents involving Holtz during the 1996 season that concerned him.

Attorneys for Joe Moore, the former Irish assistant suing for $1 million, grilled Davie, the Irish head coach, about his comments, asking if he considered it disrespectful to question Holtz's mental stability to another coach.

Notre Dame lawyers contend Moore was fired because he abused players and didn't represent a positive image of the football program. Moore claims Davie fired him because he thought he was too old to coach and wouldn't last for the five-year contract he signed with the university in 1996.

Davie also testified that he had problems with some of the things Holtz did during his final season with the Irish.

"I had a lot of respect for Lou Holtz," he said. "But there were certain things he did that I hated and despised."

Holtz did not return calls from The Associated Press on Saturday seeking comment.

The former Irish coach was on a preliminary witness list but is not likely to testify in the trial. Notre Dame attorney Gerald Lutkus declined to say why Holtz decided aainst taking the stand, saying "I don't want to get into that."

Moore's lawyer, Richard Lieberman, said only Holtz could answer why he declined to appear, though he added he didn't think the former coach was important to his client's case.

After testimony ended Saturday, Moore said he had the utmost respect for Holtz and felt compassion for him, "so I have to be careful what I say."

"His last two years there were very tough on him," Moore said.

Irish offensive coordinator Jim Colletto also took the stand Saturday, and Lieberman tried to introduce allegations the former Purdue head coach had abused players in the past and had a reputation as a tough disciplinarian.

Colletto said he was known as a tough coach who had a reputation for "talking at a high level." But he said he never physically abused a player.

Moore's attorneys were trying to establish that Davie hired Colletto despite a reputation for being tough on players, one of the reasons he cited for firing Moore.

The plaintiff rested after Colletto's testimony, and Sharpe denied a defense request for a summary judgment in favor of Notre Dame.

The trial was expected to resume Tuesday morning with Notre Dame lawyers presenting their case. Lutkus said they could wrap up their case Tuesday afternoon, and closing arguments were tentatively scheduled for Wednesday.