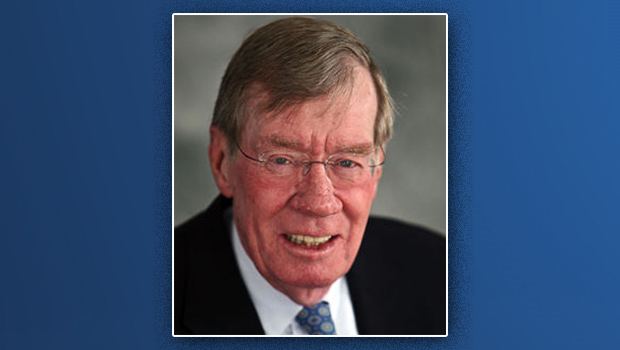 David W. Burke, who served as CBS News president between 1988 and 1990 and was an executive at ABC News before then, has died, ABC said in a statement. He was 78.

Before his career as a news executive, Burke worked in politics and started working for Sen. Edward M. Kennedy as a legislative aide in 1963. He was Kennedy's chief of staff in July 1969 when the senator drove off a bridge on Chappaquiddick, an island off Martha's Vineyard, killing passenger Mary Jo Kopechne.

In 1971, Burke joined the administration of New York Gov. Hugh Carey as secretary to the governor before being named vice president of ABC News in 1977.

Burke was considered a key figure behind the creation of many ABC News broadcasts.

In a statement, ABC said Burke was "a man who was instrumental in building ABC News."

Burke graduated from Tufts University and the University of Chicago, where he received his Master of Business Administration.

He is survived by his wife of 55 years, Trixie, his five children, 10 grandchildren and many nieces and nephews.