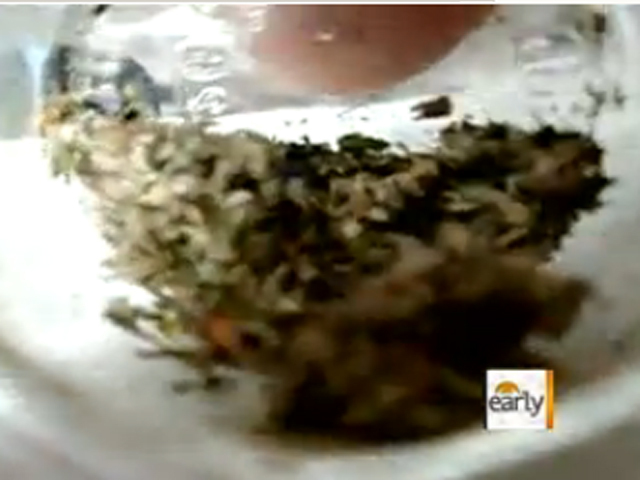 Fake pot and "bath salts" that mimic the effects of marijuana and cocaine are among synthetic drugs growing in popularity. Not only are they making people sick, the number of those seeking medical treatment because of these drugs is skyrocketing. And for some users, the drugs have proven fatal.

"Early Show" Consumer Correspondent Susan Koeppen reports there's growing concern over the use of synthetic substances because they're easy to find and, in some cases, perfectly legal to buy.

Synthetic drugs mimic marijuana, cocaine and ecstasy, and they're having powerful effects on users.

A Kentucky mom, Koeppen reported, blamed the side effects of snorting bath salts after she was arrested for assaulting her child. In Minnesota last month, a 19-year-old died and 10 others went to the hospital after using a synthetic drug similar to ecstasy.

And in  Indianola, Iowa last June, Michael Rozga's 18-year-old son David, killed himself after getting high on synthetic pot.

Michael Rozga said of the drugs, "It takes away your sense of reality, and puts you in such a terrible place, that you'll do anything to get away from it."

According to the American Association of Poison Control Centers, the use of bath salts has lead to 1,511 trips to emergency rooms so far this year, compared to just 302 cases in all of 2010.

And the number of poisonings from synthetic pot is staggering. Between January and March of this year, 2,120 cases have been reported, compared to 155 cases in the same period in 2010.

Drug Enforcement Administration (DEA) Special Agent Gary Boggs said people are getting substances with no clue what they're getting into."They have no idea what their strength is," he said.

The DEA has temporarily banned five substances used to make fake pot. But in a hearing on Capitol Hill Wednesday, Rozga called for a nationwide ban on synthetic substances.

Koeppen added that nine deaths have reportedly been linked to the use of synthetic drugs. Legislation named after David Rozga has been introduced in the Senate and would ban the chemicals used to make the fake pot.