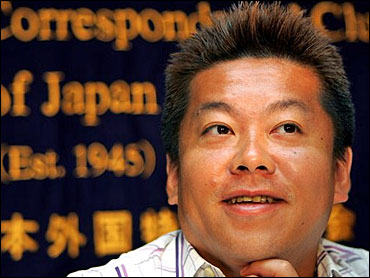 Brown, who entered in a double switch during the eighth inning, ended the season's first interleague game by belting left-hander Tony Castillo's 1-0 pitch over the right-field wall. The left-handed-hitting Brown also smacked a game-ending two-run shot off John Rocker in a 6-5 victory over the Atlanta Braves on May 29th.

"It's either right there or just a little behind, because it's a crosstown series," Brown said of the emotion that followed the win. "But beating the Braves, as hot as they were, was big and especially then sweeping them."

The two game-winners were the first homers of his career against left-handers.

Castillo was making his first appearance since May 27th.

"I'm just going out there trying to do my job," he said. "I'm not trying to make an excuse but I think it was a good pitch. It's tough when you don't play in 10 days."

"I'm still getting used to this (rivalry)," said Cubs closer Rod Beck, who played his first seven seasons with the San Francisco Giants. "San Francisco and Oakland wasn't anything like this. It was like a playoff atmosphere."

Terry Mulholland picked up the win after allowing one hit in a scoreless 12th. Terry Adams, Beck and Mulholland held the White Sox to one hit and a walk while striking out six in 4 1/3 innings of shutout relief.

Manny Alexander and Jeff Blauser each collected three hits and Henry Rodriguez drove in three runs for the Cubs, who are 22-11 since splitting their first 26 games. The Cubs have not committed an error during their winning streak.

The White Sox threatened to break the tie in the top of the eighth but lost a run when the ivy on the wall in right-center field resulted in a ground-rule double. With two out, WiCordero singled and ran with a pitch as rookie Magglio Ordonez doubled off Cubs starter Steve Trachsel. Cordero was forced to hold at third when the ball got lost in the ivy.

"It was a big break for us," said Cubs manager Jim Riggleman. "You don't see it happen often. But we've lost one before because of it. And now we've won one because of it."

Adams walked Chad Kreuter to load the bases before striking out Greg Norton looking to end the inning.

"We can't make excuses but I wish that ball hadn't hit into the ivy," said White Sox first baseman Frank Thomas. "Because that did cost us the ballgame I feel. "

"It was a very loud crowd just like any big-league ballgame but you could tell the crowd was really into it. But we hate that it unfolded that way."

Brown had given the Cubs a golden opportunity to win in the 10th, slamming a leadoff double off the wall in left-center and advancing to third on Alexander's sacrifice. Matt Karchner walked Mickey Morandini and Mark Grace intentionally to load the bases before working out of his own jam by striking out Sammy Sosa and Blauser.

Sosa, who gave the Cubs a 5-2 lead in the fifth with his eighth homer in seven games, also failed in the clutch in the eighth, stranding a pair of runners. Bill Simas allowed a one-out single to Alexander and got Morandini to ground out before walking Grace intentionally. Sosa flied out to right to end the threat.

Kreuter had capped a three-run sixth with an RBI single as the White Sox tied the game at 5-5. Frank Thomas walked and Albert Belle singled to start the inning before Robin Ventura's RBI single cut the deficit to 5-3. After Cordero hit into a fielder's choice, Ordonez grounded out, scoring Belle, and Kreuter singled to tie the game.

Ray Durham went 0-for-6 with five strikeouts for the White Sox, who have split their last 10 games after losing eight of 10.