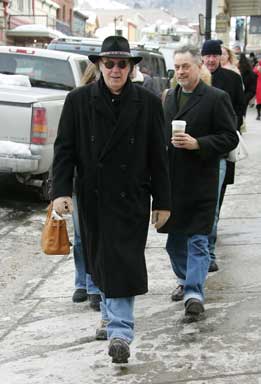 Yes, Sammy Sosa is happy to be hitting so well. And he's honored to be mentioned in the same breath with Willie Mays, Roger Maris and Mark McGwire.

But if the Cubs don't win, all those homers he's hitting don't mean much.

Despite Sosa's 17th home run this month, the Chicago Cubs lost to the Philadelphia Phillies 7-2 Sunday when Bobby Abreu drove in four runs and Tyler Green struck out 10.

"We're not going to win every day, but today was definitely a disappointment," said Sosa, who also drove in Chicago's other run.

Sosa has always been known as a power hitter, but he's on an unprecedented streak this month.

Despite his hot bat, Sosa insists he's no Maris or McGwire.

"It's a free country," he said of the comparisons. "I've just got to keep going. I know what I have to do when I go up there."

Right now, that's hit home runs. When he sent Green's 2-2 pitch into the right-field bleachers, the Wrigley Field crowd gave Sosa a standing ovation. Some fans behind the dugout bowed to him as he returned.

"Sammy's so hot, I don't even have words to describe it," Cubs manager Jim Riggleman said. "He's setting standards I don't know if anyone's going to meet."

"When he hit the ball to left field (for a single), I went 'Phew,'" Phillies manager Terry Francona said. "He's very scary."

But not even Sosa was enough for Chicago to overcome Abreu, Green's strong pitching and the other Cubs' lack of offense.

Abreu had RBI singles in the first and seventh innings, and he drove in two runs with a double in the fifth. Philadelphia got two more runs in the seventh on first baseman Mark Grace's error.

"He doesn't talk much, which is OK," Francona said of Abreu. "He just shows up and plays."

The Cubs got only two runners on in the first thee innings -- both on walks -- but Grace and Sandy Martinez were each caught stealing. Chicago didn't get a hit until Sosa's homer.

The Cubs strung together three singles in the sixth. But after Sosa's RBI single, Green walked Grace to load the bases before striking out the next two batters out to end the inning.