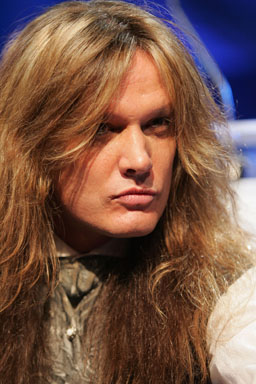 Think the rape charges against one of basketball's biggest stars give the game a black eye? No way, says the league's loudest owner. In his latest Against the Grain commentary, CBSNews.com's Dick Meyer says this is foul.


Dallas Mavericks owner Mark Cuban has proved again that you don't have to be wise to get rich.

"From a business perspective, it's great for the NBA," Cuban said. "It's reality television. People love train-wreck television and you have to admit it, but that is the truth, that's the reality today."

An off-the-cuff gaffe? Nah. USA Today got Cuban to elaborate: "Notoriety sells in this day and age … I can't think of anyone who is going through a legal problem who doesn't get high attention. Is that cold-blooded? Yeah. But it is bottom line reality."

It's especially advantageous for Cuban since his Mavericks play Bryant's Lakers in the season opener.

"Take away the personal aspect and the reality is that there will be more people watching our game against the Lakers," Cuban said. Kobe's pain, his alleged victim's pain is Cuban's gain. Cool dude.

Bottom line reality is the only reality that counts, right? Money. Crime pays. Scandal sells. Take away the personal. Forget about those non-depreciable assets like decency and public morality.

The Mavericks should sign Osama bin Laden; he's tall and would sure fill the stadium.

Let's give the Cuban real-politik a little top-line analysis.

Will the Bryant case actually help the NBA? Non-Cuban conventional wisdom is "no, of course not." For every train-wreck watcher, there must be three disgusted fans – or parents of fans. My son, for example, isn't allowed to have Allen Iverson gym shoes. It's our lame little attempt to protest sports gangsterism being marketed to kids.

But I've been a sports fan my whole life and every time there is a strike, a scandal or an absurd pot of gold given to an undeserving jock, there follow predictions that we fans will abandon our sports. We never do.

(In all fairness, the news business is vulnerable to all these same questions. Is the Bryant case good for the news business? It won't have much bottom line impact, so the answer is "not really." Should we treat such stories as news? Now that's a toughie. But the answer is "yes." One man's news is another woman's tabloid; it's subjective, but I think these are legitimate stories in modern America.)

Next question: Should Cuban be disciplined for his remarks? I'm not a big fan of the gaffe machine, the process by which utterers of politically incorrect remarks are renounced and pilloried. Al Campanis, Jimmy the Greek, Ben Wright and Trent Lott are some examples.

Race is usually involved in the big gaffes. Earlier this summer, Dusty Baker, the manager of the Chicago Cubs, got in trouble for saying that he thought dark-skinned athletes fared better in extreme heat than white players. It is unacceptable to publicly suggest that any race or ethnic group may possess intrinsic abilities, deficits or traits. But Baker is black and the dust settled.

Cuban spoke honestly and may well have analyzed the situation correctly. He would probably like to be fined – more attention for him, that's the bottom line, right?

He shouldn't be fined. His remarks are just another vulgar, greedy reminder that rich, smart, but unwise people are ready, willing and able to exploit most anything. And we consumers, apparently, compose a vast market that is hard to offend and is just as jaded.

How else to explain the fact that Sony Pictures plans to release an animated movie called "Lil' Pimp" about a 9 year-old pimp?