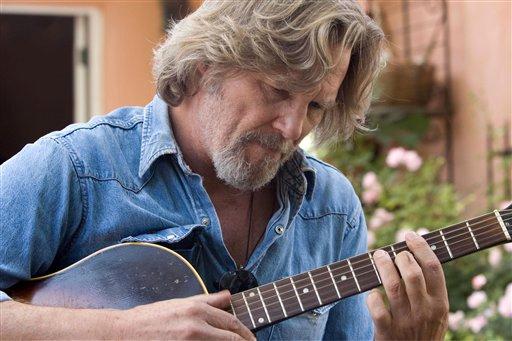 This column from The New Republic was written by Jason Zengerle.


It's an illuminating experience when John Ashcroft goes to testify on Capitol Hill. Who can forget his appearance, two and a half years ago, before the Senate Judiciary Committee when he said civil libertarian critics of the Justice Department "only aid terrorists, for they erode our national unity and diminish our resolve?" Ashcroft was rightly pilloried for that comment and, since then, the mere derisive mention of his name has become a guaranteed applause line for Democrats across the country. Indeed, Ashcroft is now such a bogeyman that it's almost tempting to feel sorry for the guy. You find yourself thinking: He can't be that bad, can he? But then Ashcroft goes up to the Hill, as he did yesterday to testify before the 9/11 Commission, and he gives a performance that makes you conclude his harshest critics aren't nearly harsh enough.

The deck was stacked against Aschroft even before he was sworn in yesterday. In one of its staff reports, the 9/11 Commission had already offered a harsh assessment of Ashcroft's performance before the attacks, portraying him as uninterested in terrorism issues and unresponsive to pleas from the FBI to beef up its counterterrorism efforts. And earlier that day former acting FBI director Thomas Pickard and former FBI counterterrorism chief Dale Watson — two of the main sources for the negative information about Ashcroft contained in the staff report — had expanded on their criticism of the attorney general in public testimony before the commission.

By the time Ashcroft's turn arrived, some fairly serious charges about him were on the table. Why, one day after telling the Senate in May 2001, that combating terrorist attacks was his highest priority, did Ashcroft issue a memo outlining the Justice Department's strategic goals that didn't mention counterterrorism -- a memo that Watson testified almost made him fall out of his chair? Why, in the summer of 2001, did Ashcroft reject a request from Pickard for an extra $58 million to help the FBI combat al Qaeda? And why did Ashcroft, after being briefed twice by Pickard on terrorist threats that summer, tell the acting FBI director that he didn't want to hear about the matter anymore?

The gravity of these charges was undoubtedly why, in his opening statement to the 9/11 Commission, Ashcroft went on the offensive in a way that no witness testifying to the Commission has before. The attorney general blamed the failure to prevent 9/11 on the "wall," a government-imposed legal barrier that prevented intelligence investigators from sharing information with criminal investigators. Disparaging the wall is, in itself, relatively uncontroversial: Not long after the 9/11 attacks, the Bush administration and Congress tore down the wall as part of the Patriot Act, a decision that a federal appeals court upheld in November 2002. But then Ashcroft went a step further: He claimed the Clinton administration was responsible for building the "wall" in the first place -- and that the administration's primary bricklayer had been none other than current 9/11 Commissioner Jamie Gorelick. Brandishing a secret memo that Gorelick wrote as deputy attorney general in 1995 -- a memo that Ashcroft had helpfully declassified for the occasion -- the current attorney general declared, "Somebody built this wall. ... Full disclosure compels me to inform you that the author of this memorandum is a member of the Commission."

It was a smug bit of political theater, but it was both disingenuous and irrelevant to the proceedings at hand. For one thing, Gorelick didn't exactly build the wall on her own. In 1978, Congress passed the Foreign Intelligence Surveillance Act (FISA), which established a secret intelligence court and relaxed the standard Fourth Amendment rule requiring "probable cause" when the government sought search warrants for the "primary purpose" of gathering foreign intelligence. But over the years, in order to prevent criminal investigators from abusing FISA -- and its lower threshold for obtaining search warrants -- the government built a wall to keep criminal and intelligence investigations separate. Gorelick's memo merely codified what was already standard practice. What's more, if Ashcroft really thought the wall was such an impediment to combating terrorism, he could have moved to tear it down himself before 9/11. But as 9/11 Commissioner Slade Gorton, a former Republican senator from Washington, noted, the Bush Justice Department actually ratified the existence of the wall, noting in its own secret memorandum on August 6, 2001, that "the 1995 procedures remain in effect today."

The Gorelick memo was a way for Ashcroft to turn the harsh spotlight on someone other than himself -- which he needed to do since his responses to the criticisms leveled by Pickard and Watson were decidedly unpersuasive. Ashcroft initially said that the May 2001 memo that didn't list counterterrorism as one of DOJ's top priorities -- the memo that almost made Watson fall out of his chair -- was based on a strategic plan issued by his predecessor, Janet Reno. But he also conceded that Reno's strategic plan did indeed include mentions of terrorism. As for his rejection in the summer of 2001 of Pickard's request for $58 billion more in counterterrorism money for the FBI, Ashcroft tried to fudge matters by noting that the FBI was working under a Clinton administration budget when the attacks occurred and that the first Bush budget for the FBI, which was for fiscal year 2002, substantially increased counterterrorism spending. But of course it did; that budget was crafted after the 9/11 attacks. Finally, Ashcroft just denied that he ever told Pickard he didn't want any more briefings on terrorism issues. That left Ashcroft in a he-said/he-said dispute with a career FBI agent whose integrity -- unlike the attorney general's -- has never before been questioned.

Ashcroft's testimony amounted to an attempt to blame his own failures on others -- Clinton, Reno, and, most inappropriately, Gorelick. Alas, it might work. Just one day after the Commission offered such a harsh assessment of Ashcroft's performance -- an assessment which Ashcroft failed to contradict convincingly -- it's Gorelick, rather than the attorney general, who is under fire. Today House Judiciary Committee Chairman Jim Sensenbrenner called for Gorelick's resignation. Isn't it time someone called for Ashcroft's?

Jason Zengerle is an associate editor at TNR.