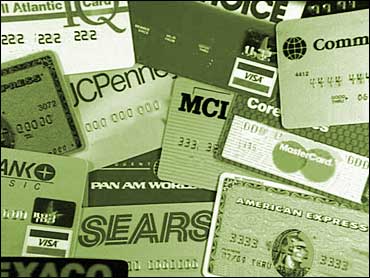 Forget about how much you are actually buying, when it comes to many people's credit card bills it's the fees that are rapidly increasing, especially the penalties.

Martin says if you think the only fee you're subject to is one for late payment, you might be in for a shock. Credit card companies are now boosting their own income from a wide list of penalties: late fees, over-the-credit fees and balance transfer fees. And these fees are increasing at a very fast rate.

The bite is becoming increasingly noticeable for consumers, especially those who don't pay their bills on time or often exceed their credit limit. Already this year, a number of major credit card companies have upped their fees on everything from late fees to cash advances. Many other companies are expected to follow this trend.

In the past, credit card issuers would maybe change their fees once every three or five years. But the changing economics of the industry have made such increases almost routine. Less than 15 percent of cardholders now pay an annual fee, which was a common source of revenue 10 to 15 years ago, according to Cardweb.com.

Recently, rock-bottom interest rates have put a lid on the rates issuers could charge their best customers. And due to the competition, many card issuers are luring customers with zero percent rates on balance transfers and new purchases, for as long as a year.

Going Green On A Shoestring

So, according to Martin, card companies are generating income from penalties, and in the process have increased profits from $1 billion to about $13 billion this year. Fees are now likely to account for as much as 39 percent of their income -- which is up from 35 percent in 2003 and just 28 percent as recently as 2000.

Lower interest rates aren't the only thing driving this trend. Martin says more people are delinquent when it comes to paying on time. The percentage of credit card delinquencies rose to record levels in the fourth quarter, according to the American Bankers Association. To card companies, it makes sense to profit from those who continue to be pay late.

Here are a few examples of this trend:

Credit card issuers have set a number of fee traps that can snare unwitting cardholders. Your best defense is to know what you are up against.

Tools of the Traps
Knowing how credit card companies work is important, Martin says, but you also need to know the different types of fees and what actions can trigger them.

Martin says the best advice on how to avoid most credit card fees is simple: pay your balance early, in full and use online bill pay if you can. If you can't do this, then pay at least the minimum payment early, use the pre-printed envelopes and never exceed your limit.

Consumers also need to be proactive. For example, before you expect to make a lot of purchases on your card, check your balance and request a limit increase if there is a chance it could be exceeded.

In the end, Martin says, it is you versus the card issuer. And, the equalizer is information. Read your account agreement, the disclosure statement and your monthly account activity carefully, looking for any extra fees and charges. If you find fees you think are unfair, promptly call the card issuer, and ask for the fees to be refunded. What they know is that it is more expensive to replace your business than to refund a few bucks in fees. Of course, habitual callers will be less productive, because the card issuer knows you are probably running out of options or are less likely to walk.