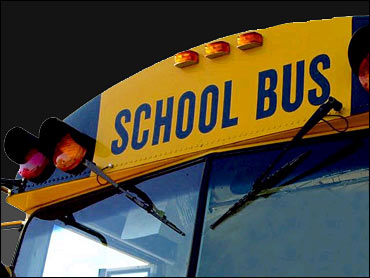 Two 15-year-old students in a suburban Sacramento school district have been arrested, averting what police say was a plan to open fire on a group of students during lunch on Wednesday.

The boys - a freshman and a sophomore - planned to steal guns from a local sporting goods store and set off explosives in Laguna Creek High School's cafeteria, the Sacramento County Sheriff's Department said Tuesday.

The boys had not obtained any weapons or explosives at the time of their arrest, police said, but they had access to a rifle at one of their homes.

Police also found a hand-drawn map of the school cafeteria and hate drawings including swastikas, said sheriff's Sgt. Lou Fatur. "These kids were pretty angry at a lot of people," he said.

But exactly what prompted the plan was still being investigated Tuesday.

Authorities said they got a tip Sunday afternoon that a student "and possibly five or six of his friends" planned to ambush a group of students at the school.

The tip led to the Monday and Tuesday morning arrests of the two boys on suspicion of making terrorist threats, conspiracy and violation of civil rights. Both remained in custody Tuesday.

Four other students are still being questioned by police, who initially determined they had some knowledge of the planning but no direct involvement, said Superintendent Dave Gordon.

Those students will be disciplined by school officials, Principal Doug Craig said in a letter to parents Tuesday. Possible penalties include expulsion.