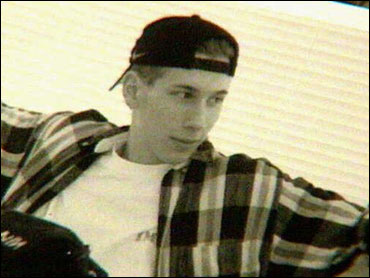 Nearly three years after the massacre at Columbine High School, the parents of Daniel Rohrbough believe officials may now be able to show it was not a police officer who killed his son.

The cause of Daniel's death had been the source of a heated dispute between his parents, Brian Rohrbough and Sue Petrone, and law enforcement. They had alleged Denver police Sgt. Daniel O'Shea accidentally killed his son, while police maintained it was one of the teen gunmen.

On Wednesday, authorities released the results of an independent investigation led by El Paso County Sheriff John Anderson that concluded O'Shea was not yet on the scene when the deadly shot was fired. It also found that the fatal bullet in Rohrbough's body was a "textbook match" for gunman Eric Harris' weapon.

"The murder of Daniel Rohrbough at Columbine High School on April 20, 1999, was undeniably caused by gunman Eric Harris beyond any reasonable doubt," the report said.

Rohrbough, 15, was among 12 students and a teacher who died during Harris and Dylan Klebold's rampage at the school in suburban Littleton. The gunmen then killed themselves.

Denver police said O'Shea would not be available for comment. But police Chief Gerry Whitman said he welcomed the findings.

"It is also tragic that Sgt. O'Shea has been subjected to public accusations claiming that he took a life, when in fact he courageously risked his own life to save others," Whitman said.

Brian Rohrbough had heard about parts of the report and saw the full summary on Wednesday.

"I believe for the first time in three years we have the very first plausible explanation for what happened to my son," he said.

Their lawsuit alleging O'Shea had accidentally killed their son was dismissed in U.S. District Court but is pending at the 10th U.S. Circuit Court of Appeal.

Barry Arrington, an attorney for the Rohrbough family, said the relatives will review the full report before deciding on what to do with the lawsuit. The suit also makes other claims, including that authorities failed to act on threats the boys had made.

He and the parents said investigators had access to information that had been denied the families.

"Our claims against Dan O'Shea were based on facts and evidence available at the time," Rohrbough said. "Now we have seen credible information that makes those claims not valid."

"We have said from the first day we filed our lawsuit, if we're wrong, tell us," Rohrbough said.

Said Petrone: "Based on what they told me, O'Shea didn't fire the bullet. It's unfortunate our family had to go through this, as well as the O'Sheas."

The investigation was conducted by the El Paso County sheriff's office and detectives from Colorado Springs at the request of the Jefferson County sheriff's department, the lead agency in charge of responding to the attack.

Jefferson County investigators had initially reported that Daniel Rohrbough was shot by Klebold, then later said that conclusion was erroneous and Harris was Daniel's killer.

Jefferson County investigator Kate Battan declined to comment on the new findings until she could review the full report. Sheriff John Stone was out of town on business and unavailable for comment.

In a 34-page summary, El Paso County investigators indicated that Harris was the only person who could have shot Daniel from the angles matching the wounds on his body.

It also said witnesses indicated Rohrbough was shot before 11:30 a.m., but O'Shea arrived on the scene just before noon.

State Rep. Don Lee of Littleton said he will seek to convene a legislative panel to investigate the massacre, saying the report still left some questions unanswered.