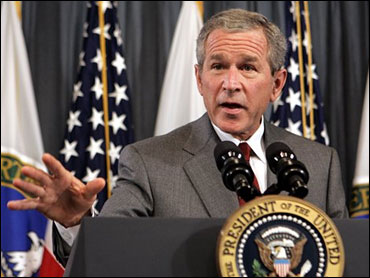 Some time back in this air space I suggested President Bush consider urging Americans to conserve energy. Not on my suggestion surely, but the president went to the energy department yesterday and said we can all pitch in. He went so far as to suggest we not take unnecessary trips. He even urged the use of public transportation.

Next thing you know the mountain biking commander-in-chief is going to dump those big caddie limos in favor of something with a little better gas mileage. How about the president in a Prius?

Soon we might see President Bush addressing the nation from the Oval Office wrapped in a cardigan sweater, pleading with Americans to turn down their thermostats. Jimmy carter did that some years ago and his critics never let him forget it.

Using stuff is macho, conserving is wimpy, so does this portend a quantum shift in White House philosophy? We hear the Navy will soon be using vegetable oil to power the Pacific Fleet.