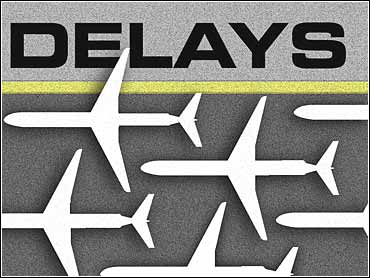 A computer glitch grounded American Airlines and US Airways flights from coast to coast Sunday morning, causing delays that lasted all day.

A computer company official said human error was the likely cause for the problem, which involved departure preparations, such as flight scheduling, catering services and baggage processing.

American had its planes back up after two hours, while US Airways flights were grounded for about three.

"It appears to be unintentional user error," said Jeff Baum, spokesman for Electronic Data Systems Corp., the Plano-based company that hosts the computer system used by both airlines. He said the problems never posed a safety issue.

Federal Aviation Administration spokeswoman Diane Spitaliere said both carriers asked the FAA's air traffic controllers to help communicate with planes to keep them on the ground until the problems were fixed.

The problem forced US Airways, based in Arlington, Va., to delay about 100 flights. Separately, a number of flights were canceled Sunday in Philadelphia, an airline hub, and New York because of thunderstorms.

Baum said EDS and its clients took the computer system off-line when they noticed irregularities. He said there would be "an extensive internal evaluation," but added that it was too early to confirm who caused the error.