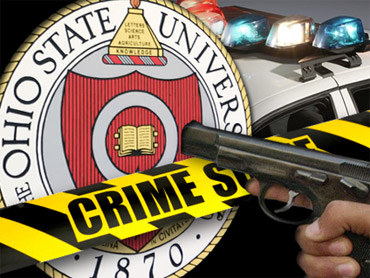 Grabbing a handful of cookies off the plate, stealing a roommate's food, overeating while home alone. These could be signs of compulsive overeating.

The fixation in the United States on weight is only making the disorder more prevalent, experts say. The number of support groups for people whose lives are controlled by food has grown sharply in recent years.

"I didn't have that switch that says, 'You've had enough.' I just always wanted more and more and more," said Jim M., a member of Food Addicts In Recovery Anonymous in Saginaw, Michigan. Like other 12-step programs, members of the group do not allow the use of their full names.

Jim's obsession was so great he constantly broke off social engagements to eat giant piles of food in the privacy of his home.

"I just always made food my priority," he said.

Since 1998, the number of support groups hosted by Food Addicts has grown from about 20 to 300 nationwide. Overeaters Anonymous, founded in 1960, now has more than 4,300 meetings in the country.

David Levitsky, a professor of psychology and nutrition at Cornell University, said compulsive overeating is becoming more widespread in part because the country has a growing obsession with weight loss. Dieters make a religion of calorie-counting, starving themselves until their bodies rebel with a binge.

That sets off an ensnaring cycle of guilt, dieting and binge-eating, he said.

"More people nationally are going on diets. And there's always going to be a certain fallout of people who can't define when enough is enough," he said.

Binge-eating disorder is more prevalent than anorexia or bulimia, according to the National Association of Anorexia and Associated Disorders. A study by the American Psychiatric Association in 2000 suggested between 0.7 percent and 4 percent of the population suffered from the disorder, but researchers believe the actual figure is much higher, said Annie Hayashi, spokeswoman for NAAAD.

Even thin people and those of average weight can be possessed by binge eating, said Susan L., who chairs the group Food Addicts.

"Not all overeaters are obese, and not all obese people are overeaters," she said.

The only uniting characteristic is an overwhelming preoccupation with food, she said.

The behavior of compulsive overeaters is distinct from the average person who might indulge in normal "emotional eating" like curling up with a carton of ice cream after a breakup or taking comfort in macaroni-and-cheese on a blue day.

Those in the throes of a binge feel they cannot stop and they eat until they are physically uncomfortable, according to Overeaters Anonymous.

Still, health experts say diagnosis can be tricky in a nation where two-thirds of the population is overweight and food is so linked with the psyche.

Among the warning signs, noted by Mario Rago, a board member for the anorexia and related disorders group: