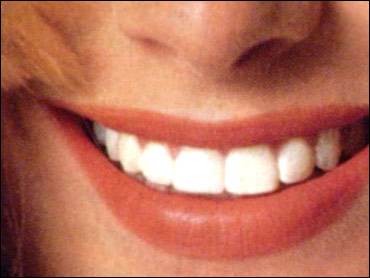 New research shows a quick, easy way to boost a woman's body image. The technique is free and available to anyone – no advanced degrees or intricate instructions are required.

A single compliment about a woman's character or looks can do the trick, says Courtney Fea, MS, of Kansas State University.

"Simply giving someone one compliment is enough to make them feel better about themselves," Fea tells WebMD. Fea is presenting her findings in Los Angeles at the American Psychological Society's 17th Annual Convention.

Fea and colleagues studied 185 female college students at Kansas State University. The women were told that the study was about personality and appearance.

Each student was taken alone into a room where a female "evaluator" pretended to scrutinize the student's looks at length. The "evaluation" was a sham, but the students didn't know it.

One compliment was neutral: "Thank you for participating in this study."

Another addressed character: "You sound like a nice person." The third compliment focused on appearance: "You're a nice-looking person."

Lastly, each student went to another room to fill out questionnaires about mood and body image. The study's true purpose was revealed before the students left.

The Power of a Single Compliment

The surveys showed that some women tended to define themselves more by their character and inner qualities, while others dwelled more on their appearance or specific body parts (like their hips or legs), says Fea.

The group was pretty evenly split between women who focused more on their character and those who described themselves by their looks. The appearance-oriented women got a boost from their compliment, Fea tells WebMD.

Many women feel anxiety, shame, or dissatisfaction about their bodies because they feel they don't measure up to cultural ideals or media role models. A simple compliment may help offset those feelings, says Fea.

Giving compliments is "probably a skill" that people can develop, says Fea. Afraid of seeming inappropriate? Compliment a woman's character instead of her looks, she suggests.

Fea hopes to do more experiments on the topic, including whether multiple compliments are even more helpful and how long a compliment's effects lasts.

Meanwhile, she says the impact of a few words of praise was "much more than what we would expect for one compliment."