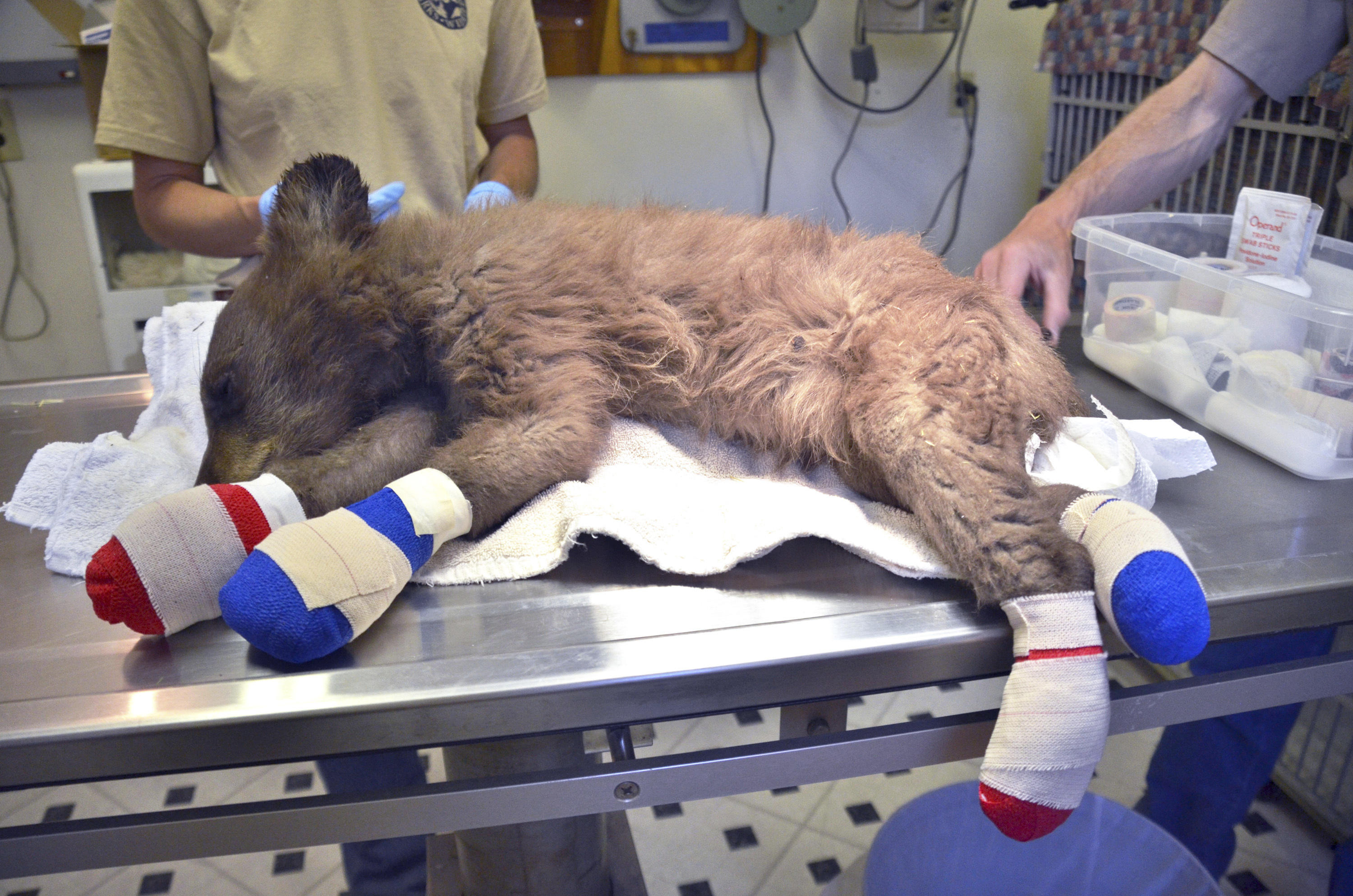 DURANGO, Colo. -- An orphaned bear cub that suffered painful burns to its paws in one of a half-dozen wildfires scorching Colorado is being nursed back to health, state officials said Friday. Colorado Parks and Wildlife officers believe the bear will recover well enough to be released this winter.

"When the bear was brought in, I wasn't sure if it was going to make it," Michael Sirochman said, a Parks and Wildlife veterinary technician. "But she's responding very well to treatment, and by winter we believe we'll be able to return her to the wild."

It was an encouraging bit of news amid an extreme drought and an outbreak of disruptive wildfires in Colorado and much of the Southwestern U.S.

As of Friday, the 416 fire  burned more than 41,000 acres and was 37 percent contained, The Denver Post reports. More than 2,000 homes were evacuated at one point, but those residents were allowed to return.

Another wildfire in the southern part of the state destroyed an unknown number of structures and forced residents of 350 homes to evacuate, authorities said. The flames chewed through about 37 square miles outside Fort Garland.

A third fire prompted evacuations of 300 homes west of Rocky Mountain National Park. At least three other fires were burning in Colorado on Friday.

The injured bear cub is four or five months old and weighed just 10 pounds when she was rescued.

Firefighters spotted her wandering alone in a burned-over area north of Durango last week. They notified wildlife officials on June 22 because there was no sign of her mother. It's not clear how the mother and cub became separated.

Wildlife officers found the cub in a tree and immobilized her with a tranquilizer dart and took her to a state facility.

Sirochman, the facility's manager, said the cub's burns were severe. She's being treated with salve, bandages, antibiotics and pain medication, and is eating solid food and a liquid milk replacement.

She spends most of her time lying on her side to keep her weight off the painful wounds, Sirochman said.

Caretakers are minimizing their contact with the cub so she won't become accustomed to humans, which would make it difficult for her to survive in the wild.

After she heals, she will be placed in an enclosure with four other cubs at the wildlife facility. They could be released this winter.

In California, two adult bears that suffered third-degree burns in a wildfire last year recovered and were released back into the wild.