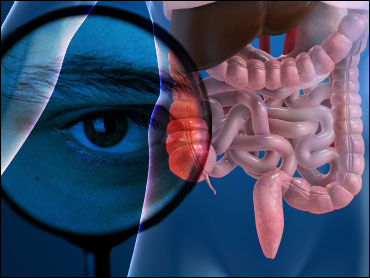 More older Americans are getting tested for colon cancer, with nearly two out of three getting recommended screenings.

Meanwhile, rates for breast cancer screening remain stuck on a higher plateau, according to a government report released Tuesday.

U.S. health officials estimate that at least 10,000 lives could be saved each year if more people got checked.

"We have further to go," said Dr. Thomas Frieden, director of the Centers for Disease Control and Prevention.

The CDC report comes from a 2008 national telephone survey. About 200,000 people ages 50 to 75 answered questions about colon cancer screening.

About 63 percent said they'd had a recommended test to look for colorectal cancer. That could include a home test kit that looks for blood in stool done in the past year, or a colonoscopy or sigmoidoscopy done within the last 10 years.

Colonoscopies - considered the most discerning of those screening tests - are uncomfortable, expensive and often require taking a day off from work. So health officials say they are encouraged by the increase.

For breast cancer, the screening rates have been much higher. About 81 percent of 120,000 women surveyed said they'd had a mammogram in the previous two years, as experts recommend.

But there was no improvement. The rate is about the same as it's been since 2000.

Part of the reason may be lack of health insurance among some women, noted Elizabeth Ward, who oversees surveillance and health policy at the American Cancer Society.

"I don't think anybody knows for sure why it's been leveling off," she added.

More than 51,000 Americans are expected to die of colon cancer this year, while nearly 103,000 new cases will be detected, according to Cancer Society estimates. Cancers of the colon and rectum are together considered the second leading type of cancer deaths. Lung cancer kills more.

About 40,000 deaths are expected from breast cancer this year, with more than 209,000 new cases diagnosed.

Screening rates for both types of cancer were higher among people with more education and with insurance coverage. They also were generally highest in New England, the CDC report found.

Health officials are optimistic screening rates will improve, thanks to federal health reform measures expected to expand coverage and eliminate at least some insured patients' copays.