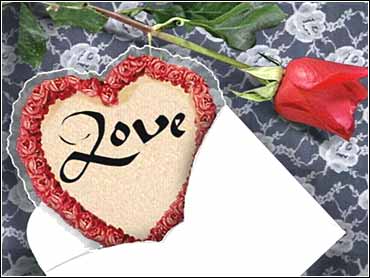 The feast of Saint Valentine has been associated with romance for 1,000 years. King Henry VIII made Valentine’s Day a national holiday.

Love tokens were frequently given on the feast, almost always anonymously. Until the 1800s, they were usually handmade at home.

A man or woman could spend days creating fancy drawings or cut work. Finished love token cards also could be made or written to order by specialists.

Commercially made cards became practical in the 1840s as the quality of both fancy paper and color printing was developed and refined. Lace paper, which had been around for decades, became widely available in Europe and imported into the U.S.

She used imported lace paper to make folding creations that began at a dime but reportedly could cost up to $35 each, about the same cost as a horse and buggy. Today, her small cards bring around $30 and her larger ones, around $300. Look for an H in the upper left-hand corner of the back. (An H on the right corner is a different maker, 20 years later.)

Esther Howland’s earliest, largest and fanciest valentines aren’t signed and are recognized mostly by style. Her later cards were marked with a red H in the upper left-hand corner of the back. In 1881, Esther Howland sold out to Whitney, a major printer of children’s books.

Whitney’s biggest competitor, McLoughlin, also had a line of valentines. Some McLoughlin valentines have a blue H in the upper right-hand corner. The H confuses some people into believing they have found a Howland valentine. Sadly, not so. Blue H cards are by McLoughlin and usually sell for a more modest $10-$35.

By the 1800s, the so-called “comic” valentines appeared. Sent anonymously, they were a form of social criticism, cruelly pointing out people’s faults. Folks didn’t like getting them then, and they’re not favorites of too many of today’s collectors, usually selling for less than $20.

About 100 years ag, the valentine to get was a German fold-out card with honeycomb tissue and beautiful die-cuts. U.S. valentines were similar but usually less fancy.

Like Kate Greenaway did in the 1880s, many top illustrators (including Norman Rockwell, Rose O’Neil, Grace Drayton, and Francis Brundage) drew valentines during the '20s boom and the Great Depression of the '30s. Their work is popular today (worth $20-$50).

Postcard valentines and paper novelty valentines, made for kids in the '20s, are collectible, but sell for less than $20 today.

Few collectors care about the simple valentines most of us grew up with (from the 1950s on). They’re inexpensive and available, making them a great hobby to start now.

Valentine information is courtesy of the President and Vice President of the National Valentine Collector’s Association (NVCA), Evalene Pulati and Nancy Rosin (who supplied all valentines). Direct your questions about valentines to Nancy Rosin at nancyrosin@aol.com .

Rosin produced The Valentine & Expressions of Love, a 90-minute video detailing the history and types of valentines, including all seen on The Saturday Early Show. It is available for $53 postpaid. Also available is Pulati’s Illustrated Valentine Primer with Rarity and Values for $17.45 postpaid and Vinegar Verse about the nasty cards of the late 1800s for $4.50.

May 18, 19, and 20, the Greeting Card Association of America trade show will be held at the Javits Convention Center in New York City. A display of antique valentines belonging to NVCA Vice President Nancy Rosin will be featured, open to the public Saturday, May 19.