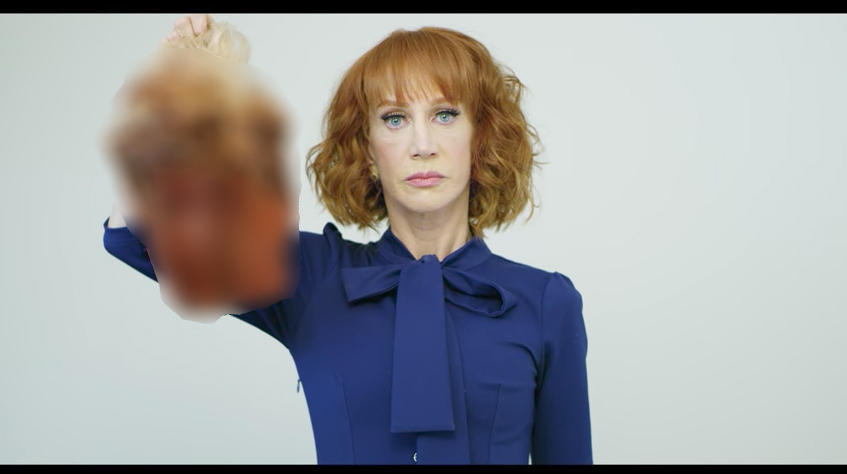 Kathy Griffin won't be back to host New Year's Eve coverage on CNN with Anderson Cooper after a photo depicted her holding a facsimile of President Trump's detached, bloodied head by the hair.

The network's public relations team tweeted, "CNN has terminated our agreement with Kathy Griffin to appear on our New Year's Eve program."

Griffin's apology, apparently, was too little too late. On Tuesday, hours after she posted a tweet of the photo shoot, she deleted the images and video and tweeted, "I am sorry. I went too far. I was wrong." In an accompanying video, she said, "The image is too disturbing, I understand how it offends people. It wasn't funny. ... I beg for your forgiveness."

Cooper tweeted, "For the record, I am appalled by the photo shoot Kathy Griffin took part in. It is clearly disgusting and completely inappropriate."

Cooper was just one of many people condemning the photo shoot. Mr. Trump, Mitt Romney and Chelsea Clinton slammed the comedian's actions.