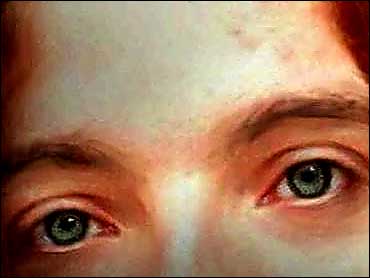 Thought acne was gone forever when you hit 20?

Acne is a disease that can affect anyone beyond puberty, and it's the most prevalent skin condition in the United States, according to The American Academy of Dermatology, with almost 50 percent of adults suffering from some form of acne.

On "The Early Show" Thursday, Dr. Jeannette Graf, a dermatologist and author of "Stop Aging, Start Living," cleared up the mystery surrounding adult acne, including its common triggers, who generally suffers from it, and the latest treatments.

Acne, she explained, is a term for plugged pores (blackheads and whiteheads), pimples, and deeper lumps (cysts or nodules). They can occur on the face, neck, chest, back, shoulders, and even the upper arms.

Acne, she explained, is formed when sebum, an oily substance produced by fat glands, gets trapped in the hair follicle. This oil then mixes with dead skin cells as they are sloughed off, clogging the follicle, and forming a pimple. The follicle can become inflamed when the increased oil causes bacteria to multiply, infecting the surrounding area and leading to a more dramatic, and sometimes tender, blemish.

Teenage acne, Graf said, tends to be on oily skin and consist of blackheads and whiteheads. The difference with adult acne, Graf said, is that adult acne is more often seen on the face, along the jaw line and neck, and is usually accompanied by dryer or combination skin. She said adult acne tends to be characterized by red bumps or cysts. That means the redness tends to last longer, she said, because the skin doesn't heal as rapidly.

Why do adults get acne?

Graf said it's difficult for doctors to pinpoint exactly what triggers adult acne.

However, she said, if you had acne as a teen, you are likely to see it resurface as an adult, due to your genetic makeup.

Hormones also play a role in adult acne, she said. If your hormones fluctuate, you may get adult acne -- especially during menstruation and at menopause. Experts aren't sure why, Graf said, but oil glands seem to be more sensitive to hormonal shifts during your 20s and 30s.

Stress may also be a contributing factor, she said. Even if you are stressing about having adult acne -- that stress can further aggravate and trigger more outbreaks, Graf said.

She added adult acne is often difficult for adults emotionally because they didn't expect to be battling zits way past their teen years, and society doesn't seems as open to adults having skin problems, so it's harder to cope.

IN addition, the products you use on your face may contribute to adult acne. The average American adult uses about seven skincare products on their face, Graf said, which can aggravate your skin. She said a common mistake is to use heavier lotions than necessary, and use of some anti-wrinkle creams that may be too harsh for some skin types.

Graf said you also may want to limit processed sugars in your diet because some studies have found they do have an effect on your skin.

Who's most likely to get adult acne?

Women, Graf said, are more likely to suffer from adult acne because it is often related to the menstrual cycle, pregnancy, PMS, and menopause.

For how to treat adult acne, go to Page 2.

How do you treat it?

Graf said treating adult acne is different than teenage acne. She explained adult skin is more fragile and dry and cannot handle the harsh cleansing agents you may have used when you were younger.

Treating adult acne at home can be done with many over-the-counter products, Graf said. She suggested looking for a cleanser with "salicylic-acid," which helps to exfoliate dead skin, thus preventing your pores from being clogged. Another product for spot treatments is benzoyl peroxide. However, Graf said, you shouldn't use treatments that use higher amounts than 2.5 percent, as it tends to be very drying on the skin. Graf also suggested home microdermabrasion kits or light peels for exfoliating your skin.

"But be very careful not to cause irritation," she said, "as that will make the condition worse."

Graf added certain birth control pills can help, too. They can suppress the hormones known as "androgens" that stimulate the oil glands.

However, if over-the-counter methods don't work, you need to consult a dermatologist, Graf said, who may prescribe antibiotics or special topical creams.

Additionally, she said, there are also in-office procedures, such as if someone has a painful cyst, he or she can be given a painless shot with a tiny amount of cortisone to take down the inflammation.

Graf told CBS News, "I love this treatment. It features breakthrough technology that vacuums out all the bacteria, and a laser to kill the bacteria. It's also great for reducing redness caused by the acne inflammation."

She added, the product is the only Food and Drug Administration-approved laser acne treatment.

Isolaz, Graf said usually works in about five treatments. She added maintenance treatments may also be necessary afterward, but the treatment, she said, "works beautifully."

Graf also addressed Accutane, a product used successfully to treat more severe acne, that was recently taken off the market. She said the product was removed for "purely financial reasons" -- not because of safety.

She said the company realized that because of all the generic forms on the market, it didn't make sense to keep the product.

"Anyone who is on Accutane doesn't have to worry," Graf said. "They can get one of the many generic forms available."

As for letting your adult acne go untreated, Graf doesn't recommend it. She said, although you may outgrow it, untreated acne can still leave scars.