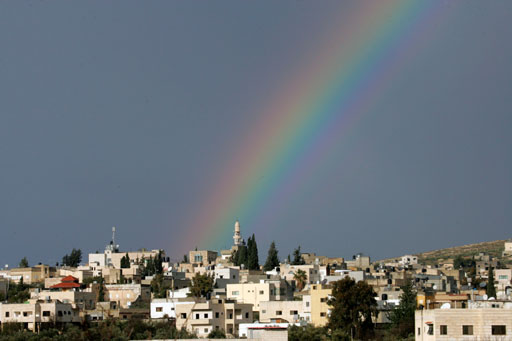 Want to design the perfect baby? It's not as farfetched as you may think.

But these days, it's being used for something very different – to help couples choose the sex of their child. And for the man who pioneered the procedure, the new direction the technology is taking is disturbing.

For some people, like Sharla and Shane Miller, selecting the sex of a baby is a dream come true.

"In the back of my mind, I still had the wanting for a daughter. With every child, I wanted a daughter," says Sharla. "Every time, I was hoping this is my girl."

But every time, the Millers had a boy. They ended up with three, so Sharla wanted a guarantee that the next child would be a girl.

She looked into adopting a girl, when she stumbled across the Web site of "The Fertility Institutes," which offered the odds she was hoping for.

"When I started reading, it said sex selection, I was like 'Oh Lord, you can do this.' You can 99.9 percent and I'll have my own child, my daughter," says Sharla. "I was thrilled, of course."

"In the last two years since we've offered gender selection, we've seen a huge international onslaught of people that are just interested in balancing their families," says Steinberg, who adds that they now handle 10 procedures a week, compared to the one or two a month they did when they first started.

The procedure, however, isn't easy. It requires that even fertile couples go through in vitro fertilization –– the process in which the woman's egg is fertilized with the man's sperm in a lab dish to create embryos. Three days later, a tiny straw - 1/25th the diameter of a human hair - is used to extract one cell from each of the embryos.

The cell is microscopic, but it says a lot -- among other things, whether the embryo is a boy or girl. Doctors then implant only the embryos they want, and in Sharla's case, the female embryos.

But it's a long, drawn-out procedure that doesn't always result in pregnancy. And it's expensive. It cost the Millers $18,480, just for the procedure.

Aren't three boys enough? "They are. They're totally everything I could ever want. And I would never replace them and I'd never change anything I've ever done for them," says Sharla. "But they're so wonderful. Why not have two daughters that will be just as wonderful as they are?"

After the procedure, Sharla discovered she was pregnant with twin girls.

It's that kind of story that's driving a surprising number of couples to seek out IVF, in vitro fertilization – not because they need help getting pregnant but because they want a boy or a girl.

"In the beginning, it was only patients that were having IVF anyway. Now, 70 percent of the patients would never need IVF, except for the fact that they want to do the gender selection," says Steinberg. "There is an unbelievable drive in some of these couples that are interested in gender selection."

But that drive is not matched by the medical community. Most doctors refuse to screen embryos just for sex selection. Dr. Mark Hughes, who helped pioneer the procedure a decade ago, says he developed it for one reason – to help root out disease.

"I went into medicine and to science to diagnose and treat and hopefully cure disease," says Hughes. "Your gender is not a disease, last time I checked. There's no pathology. There's no suffering. There's no illness. And I don't think doctors have any business being there."

The original purpose of embryo screening was groundbreaking: to diagnose serious genetic disease in embryos like Tay-Sachs, sickle cell anemia, and cystic fibrosis before pregnancy.

"It used to be the doctor would put his or her hand on the woman's abdomen and say, 'Yeah everything's fine.' And then we had ultrasounds, and then we had amniocentesis," says Hughes. "This concept was let's make the diagnosis before the couple ever gets pregnant in the first place. Before they ever start their pregnancy, let's avoid this disease and prune this serious disorder from their family tree forever."

Hughes is one of only a handful of doctors in the world capable of deciphering the genetic makeup of an embryo. That's why fertility doctors all around the country send him the cells they've extracted from embryos so that he can determine if those embryos are disease free.

"If I do this, I have like 6 or 7 of your cells under my fingernail, and every one of them have all the genes to make a whole new you. Just like the cell that's pulled from an embryo," says Hughes. "And the little things, like a typo of a single letter, in a single word, in a single sentence of one of these paragraphs in a 300-volume encyclopedia of information, from that one little cell will cause a disease."

To find that typo, that flaw in the genes, Hughes uses DNA sequencing equipment and gets a printout of the embryo's genetic code. Thanks to the Human Genome Project, he knows exactly where to look for the disease the family is at risk for.

Hughes says that embryo screening - or PGD - can test more than 100 diseases right now. "But many of them are – they're incredibly rare diseases and you don't hear about them much because they're so rare and they're 100 percent lethal," he says.

Cindy and John Whitley are the kind of people Hughes developed this technology for. But they didn't know they needed it until it was too late. When their son Johnny was six weeks old, they learned he had spinal muscular atrophy, the leading genetic killer of children under the age of 2.

"I was devastated. Trying to hang onto hope," says Cindy. "The first few months, he was pretty healthy. We really enjoyed the time with him, but at about six months, he started having problems breathing and couldn't swallow. We just tried to cope and take care of him as best we could."

Johnny lived for nine months and nine days. "The disease is really tough, because not only did we lose our first child, but it's a genetic disease, and there was a one-in-four chance that if we conceived again, that the same thing would happen again," says John.

While undergoing embryo screening, only three embryos were healthy out of 13. But the technology allowed the Whitleys to bypass their genetic fate – and then some. Last summer, Cindy Whitley gave birth to healthy triplets.

"It's amazing. Every day you wake up and you see those faces staring up at you out of the crib and then you got another to look at," says John. "So it's really special, given where we were three years ago."

What couples like the Whitleys see as a triple miracle, others see as sacrilege. They oppose the creation and destruction of embryos, any embryos -- even unhealthy ones. Cindy struggled with the thought of discarding healthy embryos. In the end she didn't have to, but she says for her, there was no other choice.

"You know, in comparison to what we'd been through with Johnny and having an unhealthy child and the opportunity to have our own healthy child again. I didn't even look back," says Cindy. "It's a great scientific medical procedure that allows couples like us to have a healthy child."

This procedure also allows couples like Sharla and Shane Miller to choose the gender of their child. But are they playing God?

Embryo selection for gender choice and other non-medical reasons is banned in most countries. In the United States, it remains legal and unregulated. And that has many people concerned, especially its founder.

Hughes hopes that using PGD for gender selection won't become a common practice. "Just because you technically can do something, it doesn't mean you should," he says.

Over the last decade, the reasons for using embryo screenings have grown. It's now used frequently to help women who suffer recurrent miscarriage. And, it's also used to screen out embryos that carry genes for diseases they may never get -- like breast or colon cancer.

The question no one seems to know the answer to is just where the technology will stop. Has Steinberg received calls from parents who want to choose specific traits for their child, besides choosing the gender?

"We've had e-mails and phone calls requesting all of that," says Steinberg. "We tell them that we're not able to do that. Call back in five or 10 years."

This summer, Sharla Miller's dream of having a daughter finally came true. She gave birth to healthy twin girls.