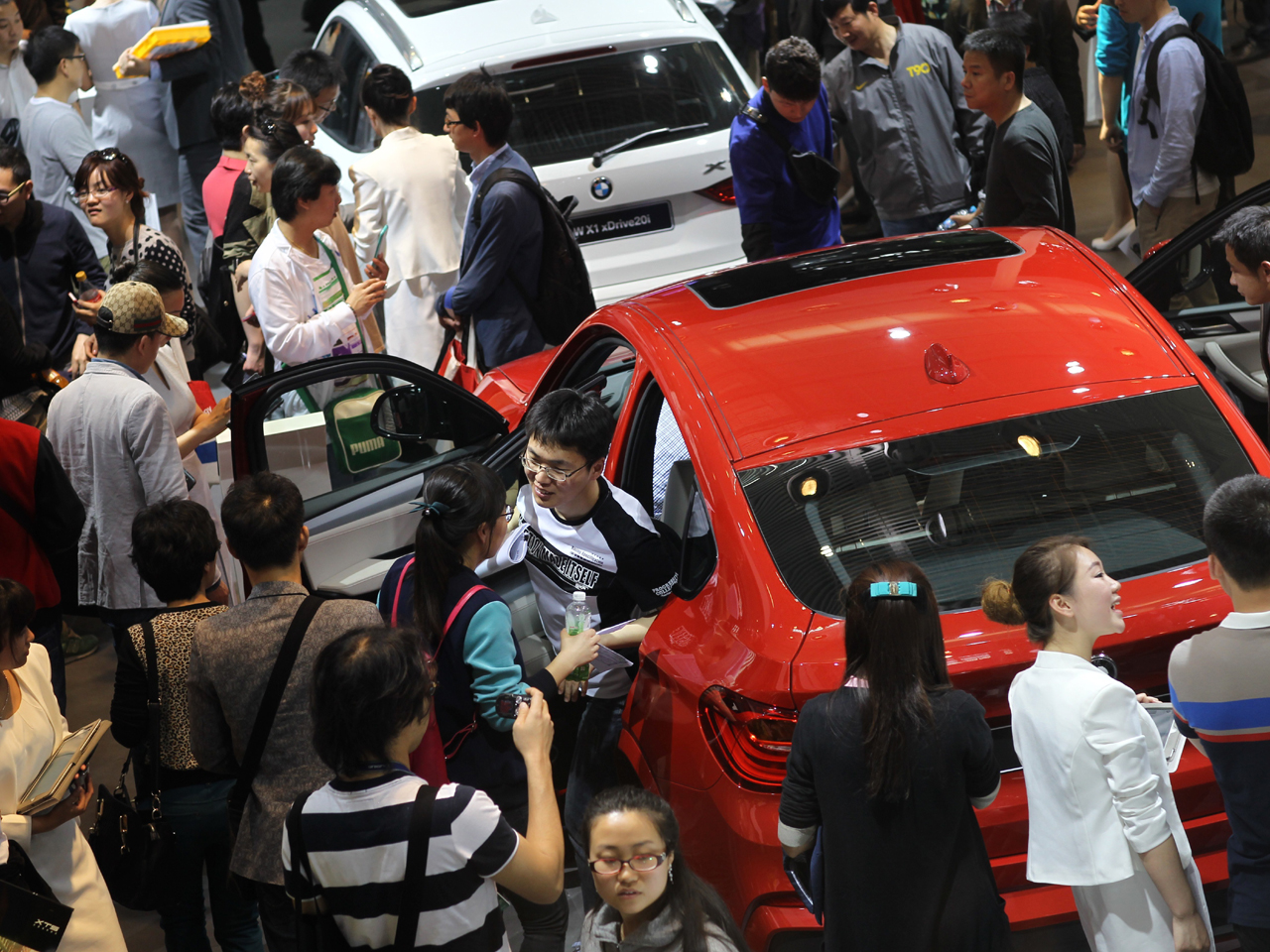 Passenger vehicle sales rose 11.6 percent to 1.6 million vehicles, according to figures released Friday by the China Association of Automobile Manufacturers, an industry group. That was up from March's 7.9 percent growth.

Sales growth in China, the biggest auto market by number of vehicles sold, has cooled steadily since peaking above 40 percent in 2009. Sales are forecast to grow by 8 to 10 percent this year.

The country's economic growth declined to 7.4 percent in the first quarter after last year's 7.7 percent expansion tied 2012 for the weakest performance since 1999. The ruling Communist Party's target for the year is 7.5 percent but officials already have cautioned growth might come in below that level.

Rapid growth in car ownership has left Beijing and other major cities choking on smog and traffic. A growing number are imposing limits on new vehicle registrations, which has prompted a rush to buy in hopes of beating the restrictions.

Earlier, General Motors Co. (GM) said April sales of GM brand vehicles by the company and its Chinese partners rose 6.3 percent to a record for the month of 278,263. The company said that raised the total so far this year to 1.2 million vehicles, the earliest in the year the company has passed sales of 1 million in China.

A popular Chinese manufacturer of SUVs, Great Wall Motor Co., reported earlier that April sales were 59,273 vehicles. That was down about 11 percent from a year earlier, though sales of Great Wall's H6 SUV rose 71 percent to 26,368.