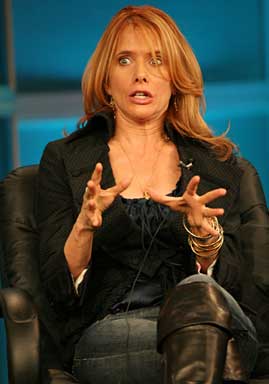 Since 1997, The National Children's Film Festival has had nearly 1000 participants, ages 9-18, of diverse backgrounds from across the country. NCFF is dedicated to providing an outlet for children to find their own voice through creative expression. It is the first international film fest of its kind to allow children to write, direct, and produce videos and films.

The child is required, with minimal aid from an adult mentor and a simple hand held camcorder, to draft plot idea; write dialogue and stage directions; recruit, train, and direct the actors; shoot the film or video, and edit it. That seems like enough to keep them busy! And the prize is worthwhile too, ranging from $500 to $5000 depending on the age group.

This year the NCFF developed collaborations with 16 chapters including youth museums, science museums, and The Children's Museum of Indianapolis, the most successful children's museum in the world. The chapters will send 6 local winners to nationals for judging. Six national winners will be picked and invited to attend special film workshop seminars and an awards reception. Last year the festival activities are filmed by Creative Street, the NCFF's production partner, for the national television special called "Reel Kids: The National Children's Film Festival TV Special."