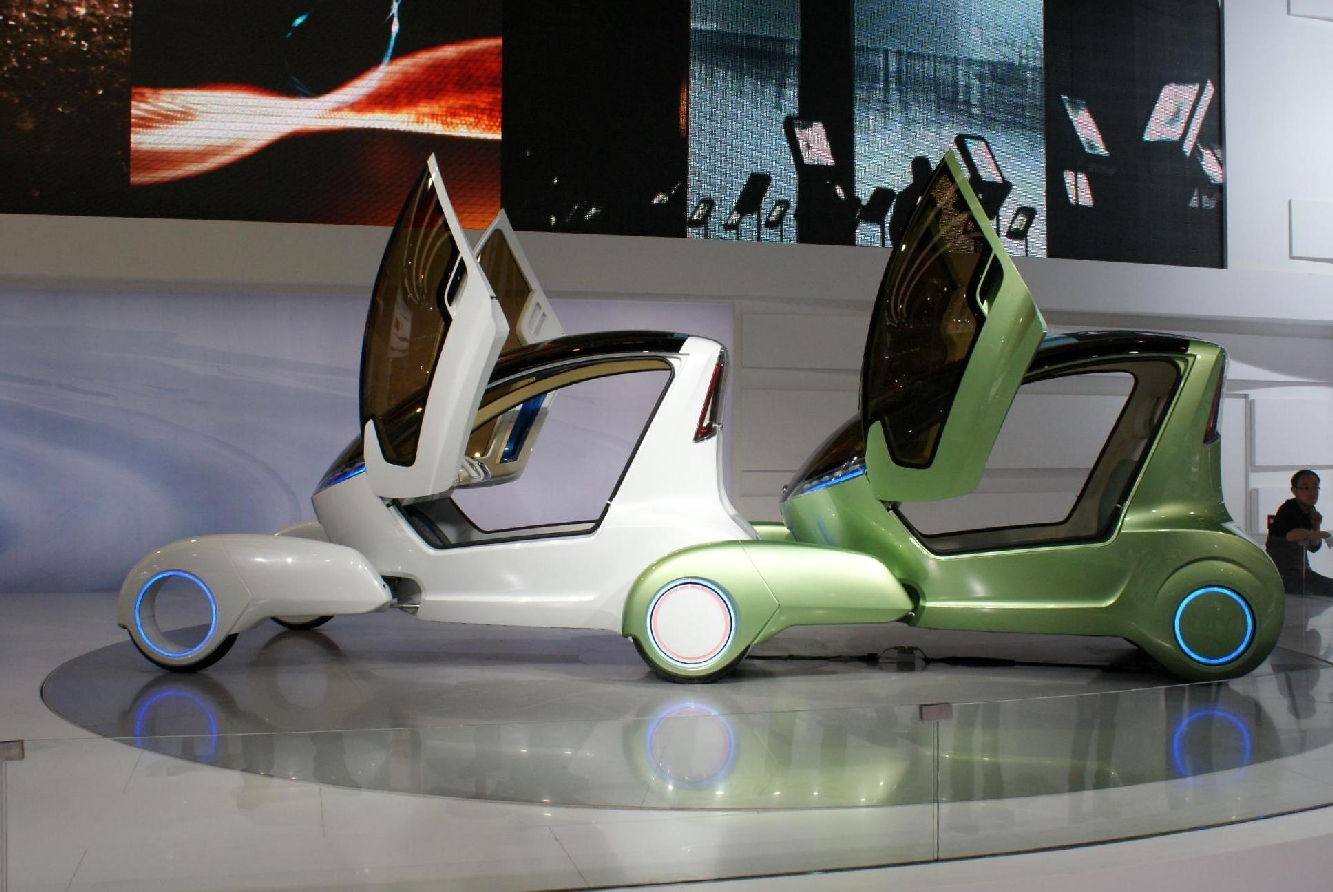 (CBS News) Futuristic concept cars are a staple of any car show, and the Beijing International Auto Show taking place this week is no exception. Of all the high-tech concepts on display, one of the most interesting is the Chery @Ant. Chinese automaker Chery hopes their pint-sized concept car can lead to huge changes on the road with their innovated "road train" system.

The @Ant is a two-seater electric car, with an unusual twist. The cars will be able to link up on the road, creating a train of @Ants. The system is similar to "cloud computing" in that different @Ants will be able to electronically sense each other on the road and determine whether or not they're heading in the same direction. If they are, the cars will automatically latch on to each other - up to ten @Ants in a train. The result is greater efficiency as the @Ants combine their power on the road and hopefully an easier commute for drivers.

Like any concept, the idea of the @Ant outpaces actual technology available to make it happen. How exactly will the cars synch up on the road? What if one car on the @Ant train has to make a pit stop? Chery is still vague on the details, but the idea of smart cars identifying other vehicles making the same trip and linking up is an exciting prospect nonetheless.