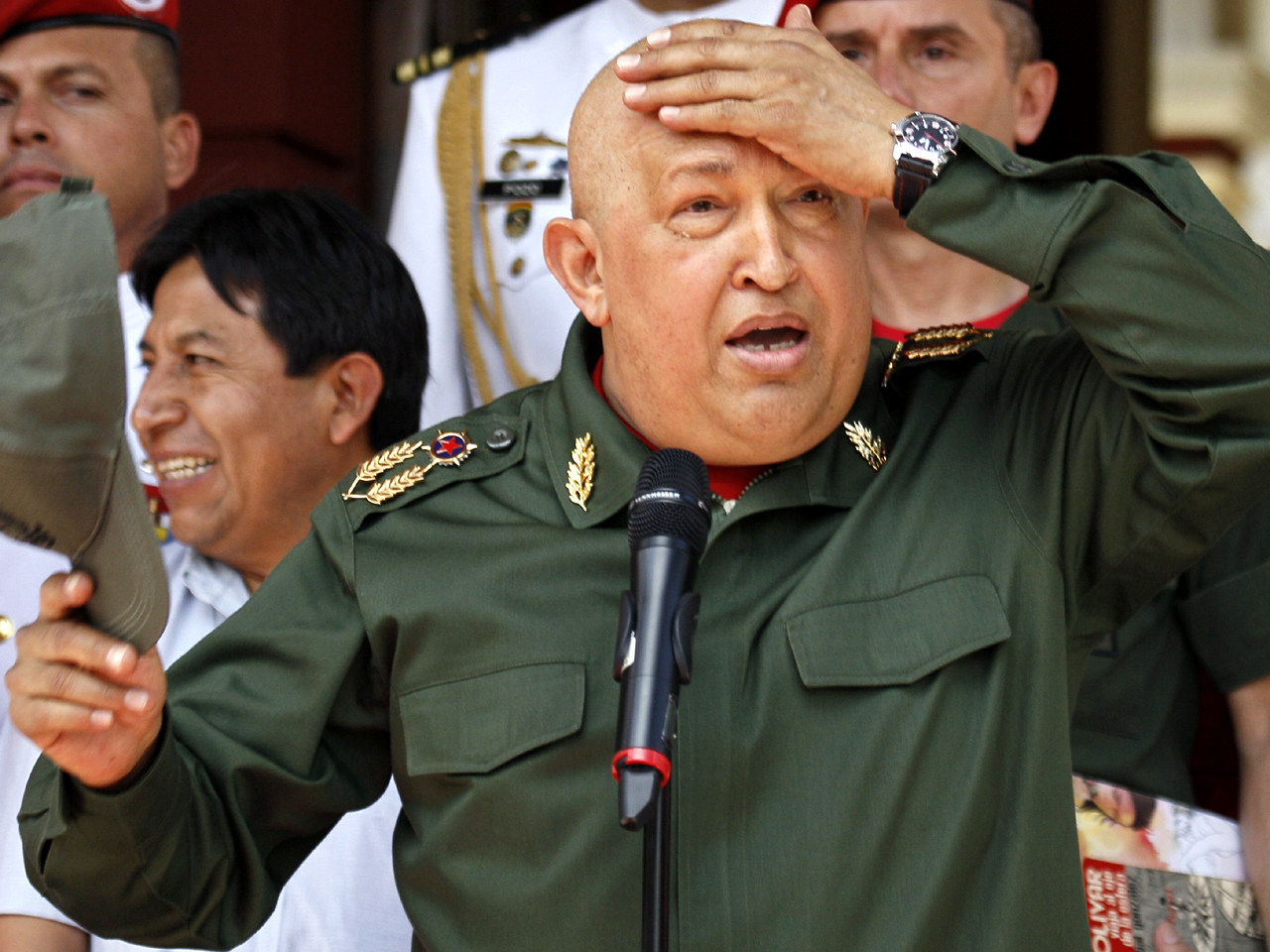 Recent reports, no less than their accompanying photos, suggest that Hugo Chávez may be dying. But if he hangs on, he is on his way to being reelected president again in Venezuela's December 2012 national elections. The Western hemisphere's second-greatest political survivor (after Fidel Castro) is now using his cancer patient status to his political advantage, and his popularity is rising as a result.

His old war cry of socialist homeland or death has given way to a new motto splashed across his Facebook page: "We will live and we will conquer." The ambiguity as to whether he is referring to next year's presidential elections or his battle with cancer is not accidental. It is a further elaboration of Chávez's cult of personality, and his battle with cancer fits his revolutionary image.

But if his illness increases his popularity, it lessens his authority. He is getting his medical treatment in Cuba in order to control the flow of information that might leak back into Caracas. But that hasn't stopped the rumor mill or his rivals, including those in Chávez's United Socialist party of Venezuela competing to replace him.

So an optimist might say that the prospects for change in Venezuela are excellent: Either Chávez is finished, by cancer or the ballot box; or in his efforts to appeal to the middle class and small businessmen he is compelled to moderate his socialist policies. However, it now seems that Chávez is hardly the extent of Venezuela's political problem. No matter what happens to the founder of chavismo, evidence shows that the country's political class is marked by institutionalized criminality and ties to international terrorism.

Recently the International Institute for Strategic Studies (IISS) published the Spanish edition of its strategic dossier, The FARC Files: Venezuela, Ecuador and the Secret Archive of 'Raúl Reyes.' Reyes was the second-in-command of the Colombian guerrilla group Revolutionary Armed Forces of Colombia, known by its Spanish acronym FARC, until he was killed in a 2008 raid on his camp in Ecuador. The IISS report, based on the information taken from his laptop, provides some of the most damning proof to date against Chávez and his associates regarding their violent extremism.

Perhaps most important, we now know that a number of Venezuelan politicians supported FARC as far back as 1997, or before Chávez was even elected, and continued to support the outfit even when Chávez withdrew his support for reasons of political expediency. In other words, a segment of the Venezuelan political elite would continue to support violent extremism even if Chávez were gone.

Still, it is Chávez who clinched the relationship with FARC. It seems that he really thought the Americans might tire of his shenanigans at some point and invade Venezuela. In that event, Chávez believed that FARC, perhaps like Hezbollah in Lebanon as well as Iraqi insurgent groups, could be of some help in pushing back the larger, occupying force. The report also shows that Chávez's former deputy head of intelligence claimed that he was involved in creating "urban shock troops" that would enable FARC operatives to penetrate deep into Venezuela as paramilitaries.

These paramilitary outfits were the core of Chávez's counterinsurgency plan, should any conspiracy, foreign or domestic, take up arms against him. "Instant Mobilization Networks" would bypass the armed forces, whose loyalty was uncertain, and call upon the paramilitaries to block opposition groups from mobilizing support and reaching key government buildings and other valuable sites. The paramilitaries, according to the report, would "attack, neutralize, or liquidate" the opposition "through sabotage and targeted assassination."

It's worth remembering the chavistas' history of violence, with pro-regime terrorism dating back a decade--including the 2002-03 assassinations of opposition demonstrators in Caracas. In February 2003, the Colombian consulate and the Spanish embassy were bombed with C-4 explosives, and the U.S. embassy was subsequently closed following a credible threat. In 1999, the Tupamaros, one of many homegrown Venezuelan terrorist groups trained by the FARC, bombed the Colombian consulate in Caracas and attempted to do the same to the embassy.

In addition to domestic terrorism, there is support for international terrorism, and regardless of what happens in the December 2012 presidential elections, it will be difficult to put an end to it. Thousands of foreign terrorists have been given national identity cards that identify them as Venezuelan citizens and give them full access to the benefits of citizenship. In 2003, Gen. Marcos Ferreira, who had been in charge of Venezuela's Department of Immigration and Foreigners, said that he had been asked by Chavez's former deputy head of intelligence to allow the illegal entry of Colombians into Venezuela. Moreover, Venezuela's intelligence service, then known as the DISIP, regularly fast-tracked terrorists, including Hezbollah and al Qaeda members, into the system.

FARC and Venezuela also collaborated on arms deals with foreign governments. FARC secretariat member Luciano Marín brokered an arms deal as part of Venezuela's weapons purchase from Russia. Chávez attempted to broker a similar deal with Belarus, wherein Venezuela would sell oil to Belarus and accept black market weapons for the FARC as partial payment, thereby allowing Venezuela to subsidize FARC weapons purchases while avoiding the usual trails of both serial numbers and finance. Cuba and Iran are also involved in training the FARC.

The United States has committed blood, treasure, time, and prestige to waging a global war on terrorism in the Middle East. There's no reason to ignore this growing threat in its own backyard.

Bio: Vanessa Neumann is a senior fellow at the Foreign Policy Research Institute, where she is a specialist in Latin America and terrorism. The opinions expressed in this commentary are solely those of the author.