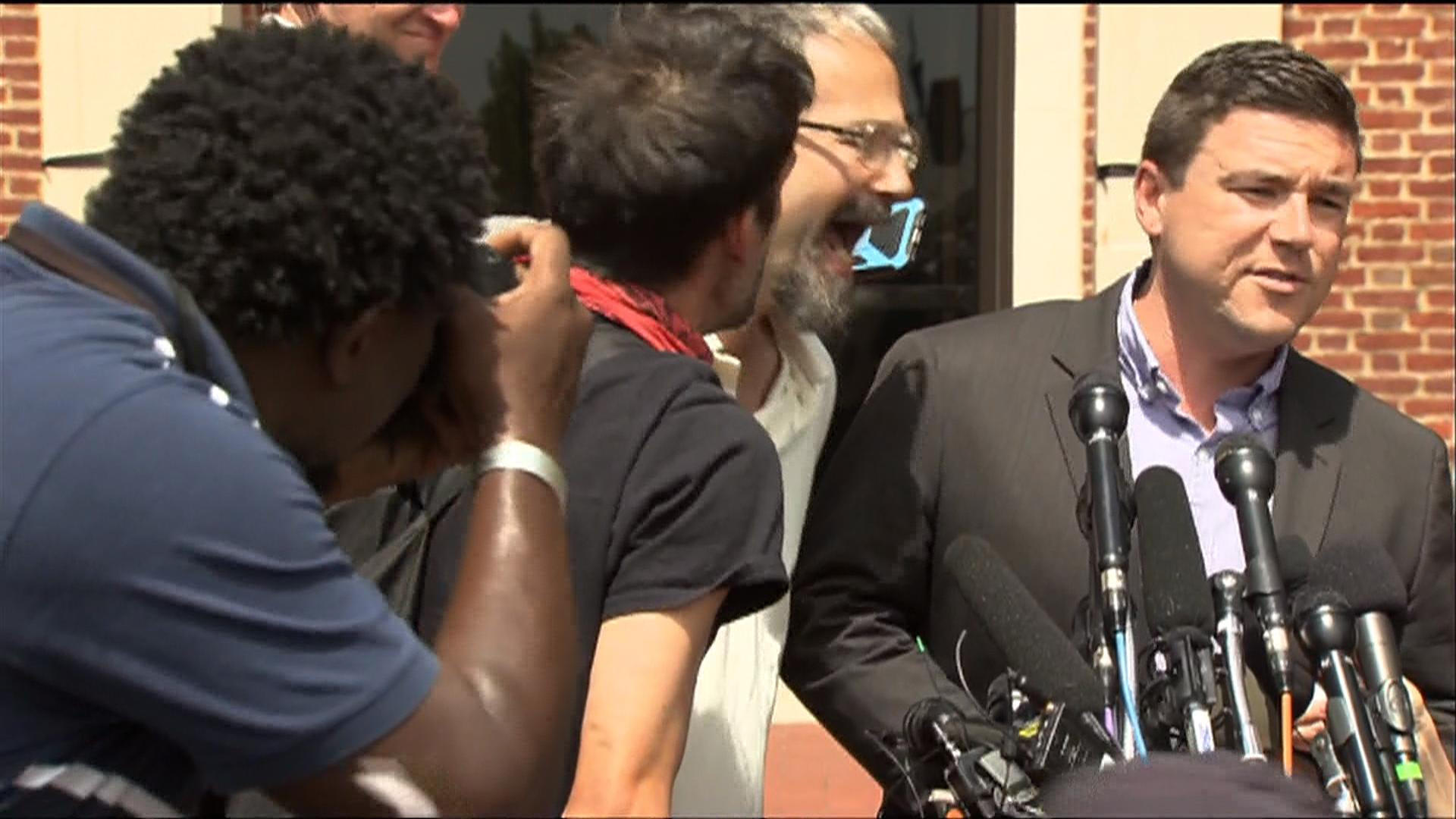 The man who organized a rally in Charlottesville that sparked violent clashes between white supremacist groups and counter-protesters tried to hold a news conference a day after the deadly event, but a crowd of several hundred booed him and forced him away from the lectern.

Jason Kessler is a blogger based in Charlottesville, and as he came out to speak Sunday afternoon near City Hall, he was surrounded by cameras and people. Some people chanted and made noises with drums and other instruments as he tried to speak.

Among the chants: "You're wearing the wrong hood," a reference to the Ku Klux Klan.

Kessler mimicked looking at his watch and indicated he'd wait to speak.

A few people approached him, crossing in front of the line of TV cameras. One man pushed Kessler and then a woman tackled him.

Kessler asked state troopers at the scene for help and eventually they escorted him off. State police said troopers approached the area as the crowd got aggressive but made no arrests.

CBS News producer Christina Ruffini says police surrounded Kessler and pulled him out from amidst the angry crowd almost immediately, but the crowd kept chasing him.

The troopers tried to surround him as people tried to break their line to hit Kessler. Ruffini says the troopers hauled the would-be attackers off quickly and set up a perimeter around him before the press conference started. There were also police snipers on surrounding buildings.

Kessler managed to say a few things to the gathered media as the state troopers shielded him, including accusing the protesters haranguing him of "anti-white hate."

He blamed the same "anti-white hate," and what he said was a failure of local law enforcement, for the violence of the previous day, which he said he condemned.

Four people were arrested on Sunday as the white nationalist groups clashed with counter-protesters, including a 20-year-old Ohio man who has been charged with second-degree murder for allegedly ramming his car into the counter-protesters, killing one woman.

Video of the incident shows the car, driven by James Alex Fields Jr., 20, of Maumee, Ohio, plow at a high rate of speed over multiple counter-protesters at the rally.