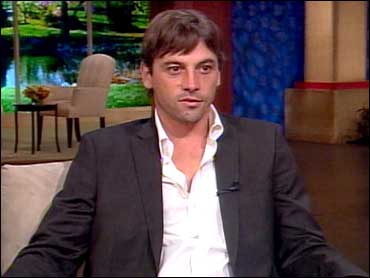 Cellular phone makers will be required to disclose information on radiation levels produced by their phones under a new policy adopted by the wireless industry's most influential trade group.

CBS News Correspondent Dan Raviv reports the Cellular Telecommunications Industry Association is now confirming that the new guidelines will be imposed next month for all new handset models submitted for certification by the Washington-based organization.

The new policy comes amid growing doubts over the long-presumed safety of holding a wireless phone against the head for prolonged periods of time. British researchers caused a stir in May with a report saying there's no evidence cell phone radiation is dangerous, but that future research may show otherwise.

"There has been increasing interest in this, and this is our way of responding, but we were also looking for an opportunity to make this information more understandable for consumers," said Jo-Anne Basile, an official with the trade group.

There's been no medical evidence suggesting that radiation from mobile phones might cause cancer or other health problems. But at the same time, there's no definitive proof that cell phone radiation is harmless.

The radiation reading, known as the "specific absorption rate" is a measure of the amount of radiation absorbed by the body while using a mobile phone.

The actual radiation measurement won't be printed on the box of new cell phones, but consumers will be shown how to access the information from the FCC, said Basile. Cell phones will start being packaged with the new information in three to six months.

Last month, the Food and Drug Administration announced that it would collaborate with the CTIA on new scientific studies in a bid to settle the uncertainty about the safety of cell phones.

Experts say it's particularly hard to predict the long-term impact of a product that's just two decades old, especially since most of the 95 million Americans who now have cell phones began using them in the past five years.

"No one really knows how big the risk is from cell phones," said Louis Slesin, the editor of Microwave News, a newsletter on the health risks of radiation.