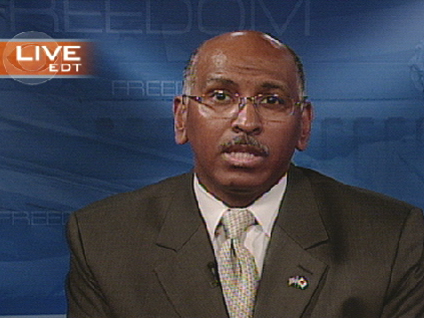 The extraordinary secrecy imposed by judges in the cases of Michael Jackson, Kobe Bryant and Martha Stewart has some media experts and scholars warning that America is developing a two-tiered justice system - one for celebrities and one for everyone else.

"The idea that you have justice and then you have celebrity justice is really offensive," said Lucy Dalglish, executive director of the Reporters Committee for Freedom of the Press. "Does the public understand what preferential treatment these people are receiving from the system?"

"If they decide celebrities are entitled to a different kind of justice," Dalglish said, "we have lost press oversight of the system. Without that, we will never know if the rich and famous are getting the same justice as the rest of us."

In Jackson's child molestation case in California, the judge has sealed almost all documents and has imposed a sweeping gag order. In the Bryant rape case in Colorado, a gag order also restricts comment by the two sides, and many hearings on the accuser's sex life are held in secret. In New York, Stewart's judge closed jury selection to the media and the public.

In all three cases, the judges cited fears of sensational publicity tainting the jury and interfering with a fair trial.

Loyola University Law Professor Laurie Levenson acknowledged that these are extraordinary celebrity cases, but said "the actions taken in high-visibility cases end up defining the law" for everybody else.

The Jackson and Bryant cases are in early stages and it is too soon to tell whether the secrecy orders will withstand challenges filed this week by media lawyers.

In the Stewart case, however, 17 news organizations, including The Associated Press, challenged the federal judge's decision to select the jury in secret, and the 2nd U.S. Circuit Court of Appeals held that the judge erred by excluding the press and public.

"To hold otherwise would render the First Amendment right of access meaningless," the court said. It noted that openness of the court process "acts to protect, rather than to threaten, the right to a fair trial."

It doesn't take the arrest of a celebrity for a legal case to draw such a spotlight that the defendant becomes a household name. That happened to 19-year-old English au pair Louise Woodward, convicted in Massachusetts in 1997 of killing a baby by shaking him violently.

"A judge's overriding concern is the tainting of a jury pool or the jurors after they are selected," said retired Massachusetts Superior Court Judge Hiller Zobel, who reduced Woodward's sentence from second-degree murder to involuntary manslaughter.

"But when you start having justice in the shadows, you're looking for constitutional and societal trouble. The circumstances have to be quite extreme before a judge can shut off media access to matters of serious public interest."

In the Bryant case, a court reporter mistakenly e-mailed transcripts from a two-day closed-door hearing to news organizations. District Judge Terry Ruckriegle ordered news organizations not to use the material, and the Colorado Supreme Court this week upheld Ruckriegle's order.

No court as high as Colorado's Supreme Court has ever approved of such prior restraint of the media. Media groups, including the AP, have asked the U.S. Supreme Court to intervene.

In the Jackson case, Superior Court Judge Rodney Melville said he was sealing parts of the indictment to help ensure an unbiased jury.

"It has been a consistent concern of the court that, in the extraordinary high-publicity environment of this proceeding, the integrity of the jury pool is threatened if extensive disclosure of evidence that may or may not be admissible at trial takes place before the jury is selected," he wrote.

Jackson's lawyers and prosecutors endorsed Melville's secrecy rulings, using their few public filings to lambaste the media as purveyors of salacious stories aimed at a voyeuristic audience. Among the documents sealed are the details of the charges against Jackson and possibly damaging information contained in the grand jury transcripts.

Attorney Theodore Boutrous Jr., who represents a coalition of news organizations including the AP, complained that Jackson is seeking "a blanket celebrity exception to the First Amendment."

First Amendment lawyer Floyd Abrams said that these notorious trials are being handled in a way that turns things upside down: "You would think that the cases the public is most interested in would be the ones with more information released, rather than less."