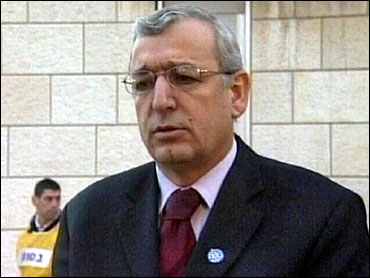 CLEVELAND -- The Cleveland Cavaliers didn't want to be labeled as a team that falls asleep at home - even if their fans sometimes do.

Shawn Kemp had 29 points as Cleveland snapped a three-game home losing streak with a 112-96 victory over the Sacramento Kings on Thursday night.

The Cavs had their highest point total of the season and avoided becoming a .500 team at home. They are 11-9 at Gund Arena and 12-7 on the road. They outscored the opponent in the first quarter for only the fourth time in the last nine home games.

"Shawn came in tonight and took control inside," said rookie Cedric Henderson, who did his best Kemp imitation later in the game. "We kind of followed his lead."

Cleveland tied its season high with 36 points in first period after managing only 20 in an 86-84 loss to Portland on Tuesday. Kemp had 31 points and 20 rebounds in that game, to no avail.

But only 13,092 attended the game, Cleveland's fourth crowd below 14,000 this season. It was so quiet that referee Tim Donaghy heard Sacramento coach Eddie Jordan cursing from at least 60 feet away in the second quarter. Jordan got a technical.

Mitch Richmond, playing amid trade rumors as always, had 31 points as basically a one-man team for the Kings, who lost their fourth straight. Corliss Williamson had 19, and Olden Polynice 14.

Richmond, a five-time all-star, is part of so many trade rumors that he's stopped guessing where he's going.

Zydrunas Ilgauskas had 14 points and 13 rebounds on another big night for Cleveland's rookies. Henderson, the 45th pick in the draft, electrified an otherwise disinterested crowd with an alley-oop dunk late in the third.

Henderson used his left hand to grab a wayward pass from another rookie, Derek Anderson, steadied it with his right and slammed it home to make it 85-68.

"Cedric's very explosive," Kemp said. ``He reminds me of myself.''

Anderson likened Henderson to a former teammate of his at Kentucky, Ron Mercer, now with Boston.

"Cedric's like playing with Ron," Anderson said. ``When I see him, I just throw it up there. With Ron, sometimes I did that on purpose to see what he'd do. Ron used to go get it, too."

Kemp, expected to start a forward for the Eastern Conference in the All-Star game, had his way with the Kings early but committed his fourth foul late in the third. He scored nine in the fourth as the Cavs held off a late run by Sacramento.

"I think the whole league understands now what they've accomplished," Jordan said. "They've got skillful rookies, guys who play to win from winning (college) programs. It's the surprise of the league."

And a painful one for the Kings to watch.

While Cleveland's three 1997 draft picks were running wild, Sacramento's Tariq Abdul-Wahad watched from the bench. Abdul-Wahad, formerly Oliver Saint-Jean, was the No. 11 pick in the draft in which Cleveland took Anderson 13th, Brevin Knight 16th and Henderson 45th.

"I'm just glad the other 44 picks before him went by," Knight said of Henderson. "Because this is a good fit."

Ilgauskas shut the door on the Kings with an alley-oop dunk on a deadeye pass from Knight, making it 106-88. Wesley Person put Cleveland over its season high with an 18-foot jumper in the final seconds.

Cleveland led by as many as 16 in the first half and built a 20-point lead early in the third. Kemp hit a hanging, twisting layup off the glass, Person a layup and Henderson a 17-footer to make it 67-47 with 81/2 minutes left in the period.

Notes: Believe it or not, the Cavs' slowdown crew from last season beat Philadelphia 125-118 on April 12. ... Cleveland is 4-0 when all five starters reach double figures. ... Despite the blowout, Sacramento's Bobby Hurley also didn't play. ... Cleveland tied their season high for a first quarter (36) and first half (59) and had a season-high 87 through three periods.