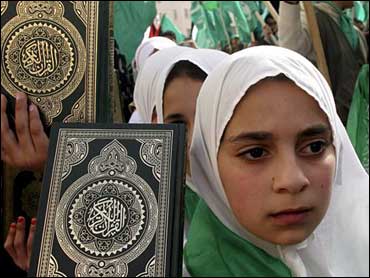 Kent Bottenfield liked the finish better than the start.

"If they'd gotten one more hit, it could have been over with in the first inning," Bottenfield said. "Fortunately, we scored enough runs and my defense played good behind me."

J.D. Drew hit a two-run, inside-the-park homer for the Cardinals, who avoided a three-game sweep, and Bottenfield helped himself with a two-run double.

"That's a tough way to play, but one thing about Bottenfield, he's got tough insides," Cardinals manager Tony La Russa said. "It's called surviving. We've had three tough games, and we survived the hard way."

"I never felt good during the game," Bottenfield said. "My location wasn't good all day. I got away from my game plan on the first hitter. My focus was not great but the guys came back and picked me up."

"You get a three-run lead in the first, I should have been able to hold it," Holt said. "I felt good. The problem was location. I just made bad pitches."

Joe McEwing singled leading off the game, extending his hitting streak to 22 games, which tied the St. Louis rookie record set by Johnny Mize in 1936.

"It was nice to get it out of the way early," McEwing said. "But it was also nice for it to happen on a big win. This was a big game for us."

After the Houston homers, St. Louis tied the score on Holt's run-scoring wild pitch in the second, Mark McGwire's opposite-field RBI single in the third and MEwing's sacrifice fly in the fifth.

"You knock their No. 1 starter for three runs in the first inning, you've got to win that game. I'm disappointed we didn't hold it," Astros interim manager Matt Galante said. "We were short pitchers. We had only nine available. You need to get more out of your starting pitchers and we didn't get it."

The Cardinals then took a 7-3 lead in the sixth after Holt walked and McGwire chased Holt with a double. Fernando Tatis greeted Jose Cabrera with an RBI single, Edgar Renteria hit a sacrifice fly and Bottenfield doubled for a four-run advantage.

Rick Croushore forced in a run by walking Jeff Bagwell with the bases loaded in the bottom half. McEwing hit an RBI single in the eighth ahead of Drew's third homer, which went past Everett, who had charged in center, and rolled to the wall.

"I was running at three-quarter speed wondering if I was going to get a sacrifice (fly) or a hit," Drew said. "When I saw it go through, I didn't know if it hit his glove or how far it would roll. I just started running. I didn't know what was going to happen."