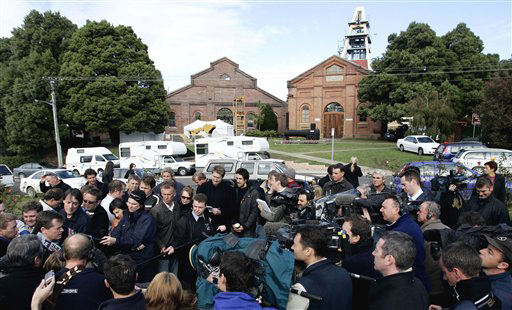 Just when the Vancouver Canucks figured they had the injury bug beat, it bit them again.

Alexander Mogilny went down with a shoulder injury early in the first period Saturday night in the Canucks' 4-1 victory over the Toronto Maple Leafs.

"He separated a shoulder," coach Marc Crawford said. "He'll be out for at least a week and maybe a little bit more."

Earlier this week, Vancouver lost defenseman Adrian Aucoin for five weeks because of a hand injury. The Canucks have lost 237 man-games to injuries.

"We just seemed to get healthy again and, here we go again, we lose Aucoin and Mogilny," captain Mark Messier said. "It's really disappointing that we can't stay healthy."

"It's good to finally get a win against my old team," Potvin said. "We're desperate for wins. We played an almost perfect game. We didn't give them many chances, and we buried ours."

Ed Jovanovski and Andrew Cassels also scored for the Canucks, who won consecutive games for the first time since November.

Jonas Hoglund scored for Toronto, which fell behind 2-0 for the ninth time in 12 games and has lost two straight for the first time this season.

Potvin got his first victory in nine starts since Dec. 22, and only hisecond win in 10 appearances since being traded from the New York Islanders to the Canucks on Dec. 19.

"He was superb," Jovanovski said of Potvin. "He became a star in this city and he showed why."

Bertuzzi gave the Canucks a 1-0 lead when he redirected Mogilny's pass 3:26 into the game.

Jovanovski gathered in Messier's pass and took a shot that struck Healy's leg pads and dropped behind the goalie at 8:02 to give Vancouver a 2-0 lead.

Maple Leafs goalie Glenn Healy made a diving save on Markus Naslund's shot to keep Vancouver from going up by three goals before the first period ended. A good portion of the crowd booed the Leafs off the ice.

Cassels scored the only goal of the second period at 5:55 when Toronto's Wendel Clark had the puck on the boards in his own zone, but sent an ill-advised pass across the middle. Cassels took the puck, skated in alone on Healy, and flipped a wrist shot through Healy's legs.

Hoglund converted a cross-crease pass from Sundin at 4:46 into the third to give Toronto a 3-1 lead.

Bertuzzi added an empty-netter with 1:19 left.