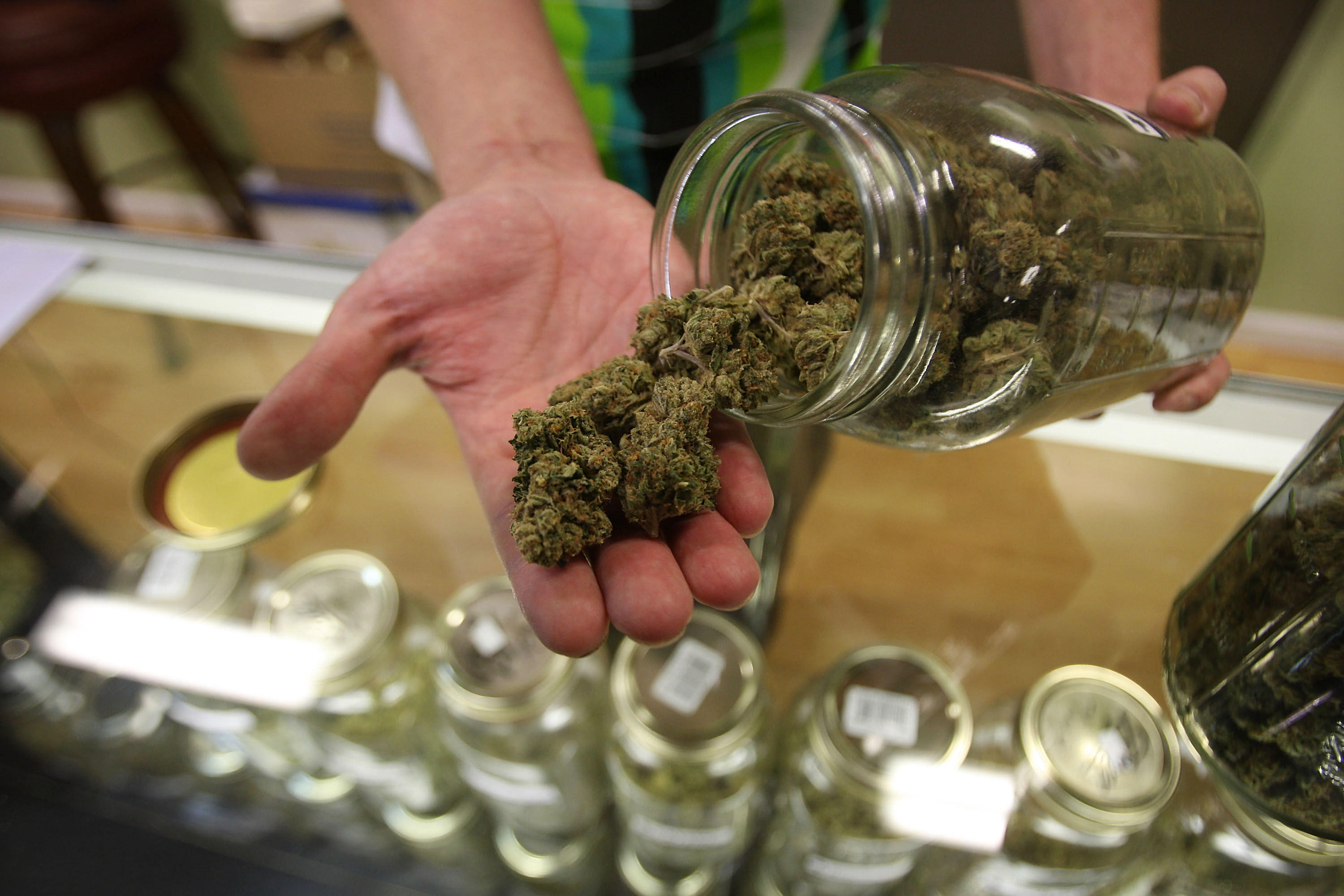 TORONTO -- Canada’s government said Tuesday it would study a federal task force’s recommendation that Canadians over 18 years old be allowed to buy marijuana for recreational purposes and would announce new laws in the spring that would legalize pot.

The marijuana task force report, headed by former Canadian Liberal Health Minister Anne McLellan, recommended that adults could carry up to 30 grams for recreational purpose and grow up to four plants. It also recommended that that higher-potency pot be taxed at a higher rate than weaker strains. It also said recreational marijuana should not be sold in the same location as alcohol or tobacco. Under the proposals, alcohol-free cannabis lounges would be allowed.

Trudeau said they plan to control and regulate the sale so they keep it out of the hands of kids and are able to remove a significant source of revenue for criminal organizations and street gangs.

“Until we change the law the law stands,” Trudeau said.

McLellan said they travelled to Colorado and Washington and spoke to government officials in Uruguay to hear directly from those who have enacted policies to legalize pot.

“We are only the second nation to move forward in this way,” McLellan said, urging the Canadian government to use caution.

President-elect Donald Trump’s nomination of Alabama Sen. Jeff Sessions to be the next U.S. attorney general has raised fears that the new administration could crack down on weed-tolerant states 20 years after California became the first to legalize medical marijuana. Colorado now allows adults 21 and over to have up to an ounce of marijuana, without needing a doctor’s recommendation for the drug. Colorado allows adults to grow up to six plants at home. And Denver has approved a first-in-the-U.S. law allowing people to use marijuana at bars, restaurants and other public spaces.