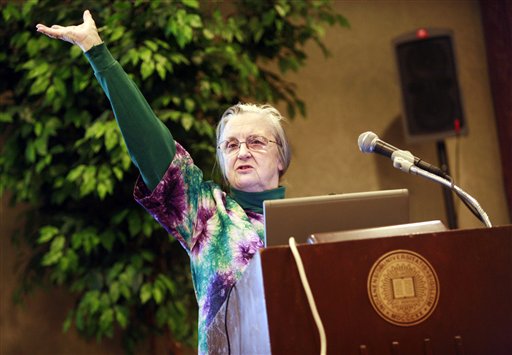 Somewhere, "Bucco Bruce" may be smiling.

Bruce didn't make the trip to San Diego, where Tampa Bay will play Oakland in the Buccaneers' first Super Bowl. That's because he is hidden away in the recesses of the Bucs' history, a remnant of their sorry past.

He was Tampa Bay's first mascot, a winking pirate wearing a plumed hat with a dagger gripped in his teeth. He looked like a dandy, more comical than cutthroat, a vision in orange and white, uniform colors that made the players look like Creamsicles.

Come to think of it, they played like Creamsicles, too.

The Bucs were 0-14 their first year and 0-12 their second year. After losing the first 26 games, Tampa Bay beat New Orleans and St. Louis in consecutive weeks at the end of the 1977 season. The losers were so embarrassed they fired coaches Hank Stram and Don Coryell shortly after that.

Bad luck dogged Tampa Bay at the start. Equipped with the No. 1 draft choice in 1978, the Bucs traded it to Houston for a package that included quarterback Doug Williams and tight end Jimmie Giles. Williams and Giles turned into useful players for Tampa Bay. Earl Campbell turned into a Hall of Famer for Houston.

Tampa Bay has its own Hall of Famer. Defensive end Lee Roy Selmon was the team's very first draft pick and labored gamely through the bad times.

"Losing gets to you," said Selmon, now athletic director at the University of South Florida. "You have to fight off discouragement. You make your best effort to win, and it just doesn't come together. You have to draw strength from each other.

"We were positive and optimistic in that first training camp," he said. "To be part of an expansion team was very exciting. We may not have won, but we had a lot of fun and we learned a lot. We all had goals. We wanted to get that first victory."

When it came, it came with a rush. The Bucs drilled New Orleans 33-14 and were greeted by 8,000 fans when they returned home. "It was like we won the Super Bowl," said Bill Kollar, a defensive lineman who is now a coach with the St. Louis Rams.

Those Bucs were so bad they even tested the patience of jocular coach John McKay, who had been imported from USC to build the franchise. Once, at the height of the bad times, McKay was asked about the execution of his team.

Instead, the Bucs pressed on, even making it to the NFC championship game in 1979, where they were shut out by the Los Angeles Rams and promptly returned to the doldrums. From 1983 through 1994, they lost 10 games or more every year. They missed that plateau by going 7-9 in 1995 and then returned to the comfort zone at 6-10 the next year.

They were the Cincinnati Bengals of their time, perennial losers, trudging along on the road to nowhere.

In 1993, the Bucs drafted defensive back John Lynch out of Stanford. "I was a big football fan," Lynch said. "The one team I had never seen was Tampa. They were never on TV. The perception was that was the worst team in football."

The team was 1-8 in 1996 when ESPN broadcaster Chris Berman, a dedicated Bucs fan, referred to them as "the Yucks." Warren Sapp was outraged.

It became a flashpoint for the team. That week, Tampa Bay rallied from a 14-0 deficit against Oakland to beat the Raiders in overtime and finished the season by winning five of the last seven games. "It was a turning point for the franchise," Lynch said.

It was then that the Bucs decided to ditch Bucco Bruce and that Creamsicle color scheme. In 1997, Tampa Bay went to a bold, new look, a red pirate flag with skull and crossed swords. The colors were changed to red, pewter, black and orange.

Suddenly, the ex-Creamsicles were licking people left and right. This season, when the team promoted a retro uniform day, the players politely deferred, and the orange and white ones stayed in storage.

Did the new colors make the difference?

"I've got to be careful here," Lynch said. "There are some traditionalists back in Tampa. The old colors weren't so bad."

Then he thought for a moment.

"The pirate winking at you was not very intimidating, though," he said.

Sure, blame it all on poor, old Bucco Bruce.
By HAL BOCK