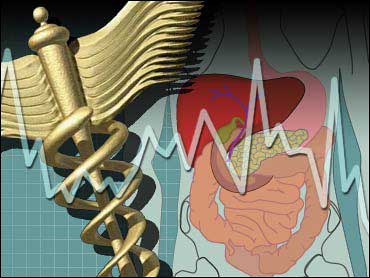 For 11-year-old Caleb Strange, life has been a constant struggle against chronic and debilitating stomach pain.

His mother, Sabrina Strange, notes, "We went to his regular M.D. And he was just giving pills to relax his intestines, but it wasn't working. We'd take him to the emergency room, and nothing would help."

Caleb was referred to Arkansas Children's Hospital, where Dr. Emmanuel Siaw uses a tiny camera to help diagnose digestive problems. The capsule-shaped camera is swallowed by the patient.

Dr. Siaw explains, "We'll be able to look at those areas of the small intestine, which we've so far not been able to see. It's a breakthrough in our ability to diagnose diseases of the G.I. tract."

Throughout the day, the camera takes 50,000 still pictures as it moves through the body. The photos are transmitted to a recorder worn outside the body.

The camera pill allows Dr. Siaw to check for ulcers that might indicate a serious intestinal ailment condition known as Crohn's Disease.

"At least, for now, we can safely say that Caleb does not have Crohn's Disease, which in the past would have been very difficult for us to do," Dr. Siaw says after looking at the results.

Ruling out Crohn's Disease means peace of mind for Caleb's family, and allows Dr. Siaw to move forward with treatment for a less worrisome condition known as irritable bowel syndrome.

Dr. Siaw says, "I feel very elated or very happy that I have this tool to use to help diagnose conditions in children."