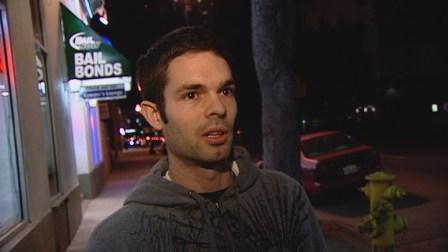 SACRAMENTO, Calif. - A San Diego man was charged Tuesday with operating a website that let people anonymously post explicit photographs of others so that he could extort hundreds of dollars from the victims.

Kevin Christopher Bollaert, 27, was arrested by California Department of Justice agents on 31 felony counts of conspiracy, identity theft and extortion.

Unlike most such sites, investigators said ugotposted.com required that the victim be identified by name, age and other information, leading to the identity theft allegations. He is charged with obtaining identifying information with the intent to annoy or harass.

Bollaert told CBS San Diego, "I don't feel like I committed any crime."

The documents say Bollaert charged victims from about $250 to $350 to remove the images, using emails sent through a second website, changemyreputation.com. That led to the extortion charges.

Both websites were inactive as of Tuesday.

His activities "turned their public humiliation and betrayal into a commodity with the potential to devastate lives," Attorney General Kamala Harris said in a statement.

Bollaert was being held in San Diego County jail in lieu of $50,000 bail. The station reports he was released Tuesday night.