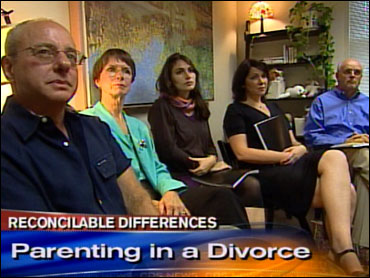 Kim Powers, who aligned herself with the twenty-something allegiance of Silas, Lindsey and Brandon is the latest castaway to be voted out of Survivor: Africa. She joined Julie Chen of The Early Show to talk about her time in Africa.

Chen asked her what was the hardest part.

"The lack of water was the hardest for me. I felt very dehydrated. My eye sockets - everything was dry. It was hot, real dusty," she said. "That was hard to deal with."

Powers said the merge "really messed up" her game plan.

"I had an alliance with Lindsey, Brandon and Silas, and when they twisted and made the change...My alliance was just taken away then and there," she explained.

"Unfortunately for me, it was a big mistake for me. I hadn't followed Survivor enough in the past to form a strategy of playing the game - that was a really weak point for me."

Chen brought up the issue of the generation gap. The rancor between the twenty-somethings and the older players was quite apparent. She asked if the younger group's laziness was part of their strategy.

"Unfortunately the tribe split down the middle - four to four. There was such animosity between the two groups," said Powers.

"I slept a lot just to keep my mouth shut more than anything. I thought if I was sleeping I'm not going to say anything to bother anyone. It was a strategy. We knew it was going to get under their skin and make it seem like we were really together. Honestly, you'll do anything."

Asked about the realignment Powers said, "Luckily for me Teresa was very warm and open - a strategic player. She knew her only way to go forward to get the old members to realign. My only thing was to get into the good graces of Teresa and Frank. I always had Brandon by my side - until he betrayed me."

"Why were you voted off?" asked Chen.

"I really was trying to just fly under the radar and be quiet. My strategy was 'just don't come across as a threat.' Once Brandon was gone I had no one. It was painfully obvious I was by myself."

"From day two it was the older vs. the younger. It was odd because usually you see the tribes unified and we weren't. It was such a problem and it was a big mistake on our part to do that."

She admitted the necklace incident didn't help things. "I do think it made the hostilities worse. When you're so enmeshed with all of it - you can't see how it looks from the outside."

Powers said she had thought about changing her alliance, but that she was "too vulnerable to go over to the older people and make it five to three. They were so tight I knew I'd be the first to go. I thought my position with the four younger people was more secure."

It was noted that Kim P. had become this Survivor's residencutie. She laughed and said thanks, but that she couldn't understand how people could say that. Thirty-three days without a shower didn't do much for looks, she said.

Asked about her plans for the future, Powers said, "More than anything I want to share with people my experience in Africa. I was so moved by the magic of Africa. I'm so enthusiastic. If I could go back and do a show, or even write about it - that would be great!"

How Many Americans Died In Korea?