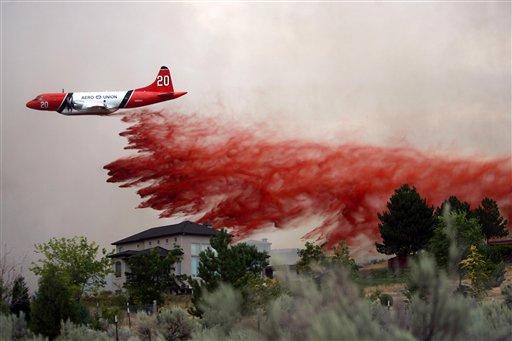 This column was written by Joe Loconte.

For a few fleeting moments Monday night -- what should have been vivid and affecting moments -- television coverage of President Bush's final State of the Union address fastened on the image of a mother and daughter from Moshi, Tanzania. They sat, their faces alive with hope, in the first lady's box seats. Viewers were not told, and no one seemed inclined to tell them, that Tatu Msangi and her daughter Faith quite literally owe their lives to the Bush administration.

After Msangi became pregnant, she went to a clinic at the Kilimanjaro Christian Medical Center and learned she was HIV-positive. Five years ago that news typically brought a death sentence in Tanzania, as it does in much of sub-Saharan Africa. But in 2003 -- over the carping of liberal ideologues and conservative fiscal hawks -- Bush launched the most ambitious international health initiative in American history, the $15 billion Emergency Plan for AIDS Relief (PEPFAR). The Kilimanjaro clinic receives PEPFAR money and anti-retroviral drugs, and Msangi enrolled in their program to prevent HIV transmission between mother and child. In addition to her treatment, her daughter Faith, now two years old, received nevirapine immediately after her birth. Today Faith is free of HIV.

"Protecting our nation from the dangers of a new century requires more than good intelligence and a strong military," Bush said. "It also requires changing the conditions that breed resentment and allow extremists to prey on despair. So America is using its influence to build a freer, more hopeful, and more compassionate world." Under PEPFAR, about 1.4 million AIDS patients in 15 nations in Africa, Asia, and the Caribbean have received life-saving medicines. Bush announced Monday night that he intended to add another $30 billion to the program over the next five years.

Many on the left, at home and abroad, have reproached the president for his alleged failure to use "soft power" to confront religious extremism and advance U.S. foreign policy goals. Yet here is a supremely humane initiative -- inconceivable to foreign policy realists -- linked to U.S. security concerns. Bush rightly calls it "a reflection of our national interest and the calling of our conscience." Just think about the number of AIDS orphans that would be scratching for survival without PEPFAR. Millions of rootless young boys cannot be a good thing for any society. Whatever the relationship between poverty and terrorism, this program is probably doing more to check the flow of terrorist recruits than all the diplomatic bloviating in Brussels, Geneva, and New York put together.

Even the president's most vitriolic critics call his HIV/AIDS policy a remarkable achievement. After Bush signed PEPFAR into law, New York Times columnist Nicholas Kristof ripped it as "a war on condoms." But Kristof has since praised the initiative, and a recent Times story called it "the most lasting bi-partisan accomplishment of the Bush presidency." Democratic Senator John Kerry labels the program "a tremendous accomplishment for the country." And Paul Zeitz, executive director of the liberal Global AIDS Alliance, believes Bush has ignited a "philosophical revolution" in America's commitment to combating global AIDS and poverty.

That's no embellishment. The Times article noted, with obvious embarrassment, that before the Bush initiative hardly 50,000 AIDS patients overseas were getting U.S. assistance. The unmentionable fact is that Bill Clinton -- despite a robust economy, budget surpluses, few international crises, and eight interminable years in the White House -- never seriously contemplated how America might help the developing world tackle the AIDS pandemic. The plight of AIDS orphans barely appeared on the Clinton radar screen. But if Congress approves the next round of funding, HIV/AIDS treatment will reach 2.5 million people, probably prevent 12 million new infections, and help care for about 5 million orphans and at-risk children. So much for the liberal record on social justice.

PEPFAR's success is partly a result of Bush's decision to mostly bypass bloated and corrupt U.N. bureaucracies and deliver assistance directly to community and faith-based organizations (a concept still resisted by many in the U.S. Agency for International Development). About 80 percent of PEPFAR recipients are indigenous, grass-roots groups: the "armies of compassion" that Bush has extolled since the first days of his administration. In countries such as Uganda, faith-based clinics, supported by local ministers and imams, are crucial in the fight against HIV/AIDS. Unlike many AIDS activist groups or U.N.-sponsored programs, they can effectively challenge risky behaviors that help spread the disease-from prostitution to illicit drug use.

By sheer force of will, Bush has orchestrated the most successful partnership of government and international civil society in memory -- what is emerging as a medical Marshall Plan for Africa. Presidential hopefuls such as Barack Obama might never admit it, but PEPFAR sure looks like "change we can believe in." Yet, thanks to media indifference and political cynicism, most Americans will never hear the redemptive story of Tatu Msangi, her daughter, or anyone like them, despite their legions. Why disturb the deranged caricature of Bush that shapes the narrative of the liberal establishment?

After all, America's standing in the world, we are told, has sunk to Olympian depths --and it's mostly Bush's fault. Andrew Kohut of the Pew Research Center seems to revel in his predictable findings of the Bush administration's unpopularity in the world, what he calls a "global backlash against the spread of American ideas and customs." Yet Kohut mostly ignores the fact that in nine of the ten African nations surveyed in 2007 -- countries such as Ethiopia, Ghana, Kenya, Nigeria and Uganda -- strongly favorable views of the United States are the rule.

Dr. Alex Coutinho, a Ugandan AIDS expert, could probably explain why. He told the Times that Ugandans are "terrified" that when President Bush leaves office, "the Bush fund" for HIV/AIDS will go with him. And he marvels at how little Americans seem to know about the program their government has championed. "Just because it has been done under Bush, it is not something the country should not be proud of."

That might not qualify as an African proverb, but it's an expression of moral clarity that bears repeating during this election season.
By Joseph Loconte
©