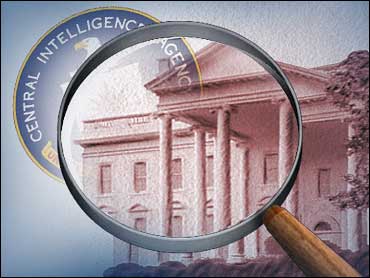 The White House has pledged cooperation with a review of allegations that Bush administration officials revealed the identity of a CIA operative, in possible violation of the law.

The naming of the intelligence officer's identity by syndicated columnist Robert Novak came shortly after her husband had undermined President Bush's claim that Iraq had tried to buy uranium in Africa.

White House aides pledged to cooperate with the review, reports The Washington Post. Mr. Bush, however, had no plans to ask aides about the matter, the newspaper reported, and Democrats called for an independent probe rather than a review run by the Justice Department.

Bush national security adviser Condoleezza Rice said Sunday she was unaware of any White House involvement in the matter.

"I know nothing of any such White House effort to reveal any of this, and it certainly would not be the way that the president would expect his White House to operate," she told Fox.

A senior administration official, speaking on condition of anonymity, confirmed that the Justice Department has received a letter from CIA Director George Tenet to look into the matter.

The department and the FBI are trying to determine whether there was a violation of the law and, if so, then whether a full-blown criminal investigation is warranted, the official said.

The flap began in January when Mr. Bush said in his State of the Union address that British intelligence officials had learned that Iraq had tried to purchase yellowcake uranium in Africa.

In an opinion piece published in July by The New York Times, former U.S. Ambassador Joseph Wilson said he told the CIA long before Mr. Bush's address that the British reports were suspect.

Wilson says he "concluded that it was highly unlikely that such a sale could have taken place." The administration has since said the Niger assertion should not have been in Mr. Bush's speech.

A week after Wilson went public with his criticism Novak, quoting "two senior administration officials," said Wilson's wife was a CIA operative working on the issue of weapons of mass destruction. Novak used the women's maiden name, which she had used overseas.

The Washington Post on Sunday quoted an unidentified senior administration official as saying two top White House officials called at least a half-dozen journalists and revealed the identity and occupation of Wilson's wife.

Wilson said Sunday that four reporters from three television networks called him in July to say that administration aides had contacted them to suggest stories about his wife.

According to The Post, within a week of the Novak column's appearance, CIA officials — worried the leak could endanger the agent's clandestine sources — contacted the Justice Department about a possible investigation. However, Tenet's formal request was sent recently.

More than one law might have been broken: Disclosing the name of an undercover CIA agent could violate federal law, and top administration officials sign agreements not to disclose classified information.

"The allegation that Novak made was clearly made in order to intimidate others and keep them from coming forward," Wilson told CBS News Correspondent Randall Pinkston. "This kind of low blow, even in a bare-knuckles town like Washington, was neither honorable nor dignified."

"People frequently die from revelations like this and we don't know what will happen in this case and I suppose it will come out in the end," said former CIA analyst Raymond McGovern.

Powell told ABC that he thought that if the CIA believed the identity of one of its covert employees have been revealed, it had an obligation to ask the Justice Department to look into the matter. But he added: "Other than that, I don't know anything about the matter."

Pressed whether anyone at the White House raised concerns that the Wilson matter posed a problem for the administration, she replied: "I don't remember any such conversation."

"I know nothing about any such calls and I do know that the president of the United States would not expect his White House to behave in that way," Rice said on NBC.